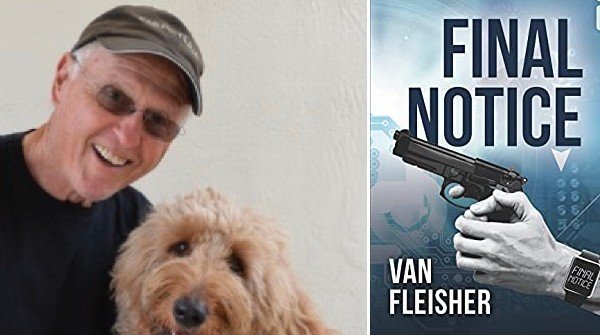 What Would You Do If You Knew – For Certain – That You Had 10 Days To Live?

Some would get their legal affairs in order. Others would contact family, friends, lovers, ex-lovers. Some might take a trip or make an exceptional donation. Still others might clean the house and do the laundry. And some…might kill.

The year is the very near future. A brilliant young doctor and mathematician, Vijay Patel, has invented a new health/sport watch that monitors blood chemistry so accurately, it can actually predict when someone will die – within 10, 20, or 30 days. The intention of this “Final Notice,” as it is called, is to allow people to get their affairs in order and reach out to loved ones before it’s too late. But when those notified have easy access to a gun, the result is sometimes lethal for more than just the watch-owner.

These are the stories of several people who receive their Final Notice and their very different reactions…including a desire to get revenge with impunity. They range from an 89-year-old resident in a retirement home to a U.S. Senator…from a benevolent widow to a crass tycoon to a noted climate change scientist.

But in this fresh, fast-paced, political thriller, page-turner, their stories are all set against the all-too-recognizable backdrop of a guns-gone-wild America, and the relentless push by the NRA and their surrogate politicians to make guns even easier to acquire.

Their stories are also connected by the involvement of several likeable protagonists. These include: the inventor of the watch … the FBI agent charged with stopping the killings…and a recently retired, middle-class couple, Vince and Trudi Fuller, with their brave immigrant friends and a very endearing Corgi, Miles.

Vince and Trudi live happily in their “California bubble” until Vince is knocked down by a young punk in a parking lot. His sense of shame and rage, resulting from feelings of age-related vulnerability, triggers a first-time interest in guns. Trudi resists, but later, an unprovoked attack on Miles and Vince – and a growing friendship with two courageous Syrian refugees – changes her mind. With very unexpected consequences.

There is plenty of dark humor and political satire in FINAL NOTICE, as well as touching scenes and outright suspense. So expect to laugh out loud, dry some tears, and bite your nails (not necessarily in that order).

It is, despite the somewhat “sci-fi” premise of the watch, a very realistic reflection of American society and the many problems we face today.