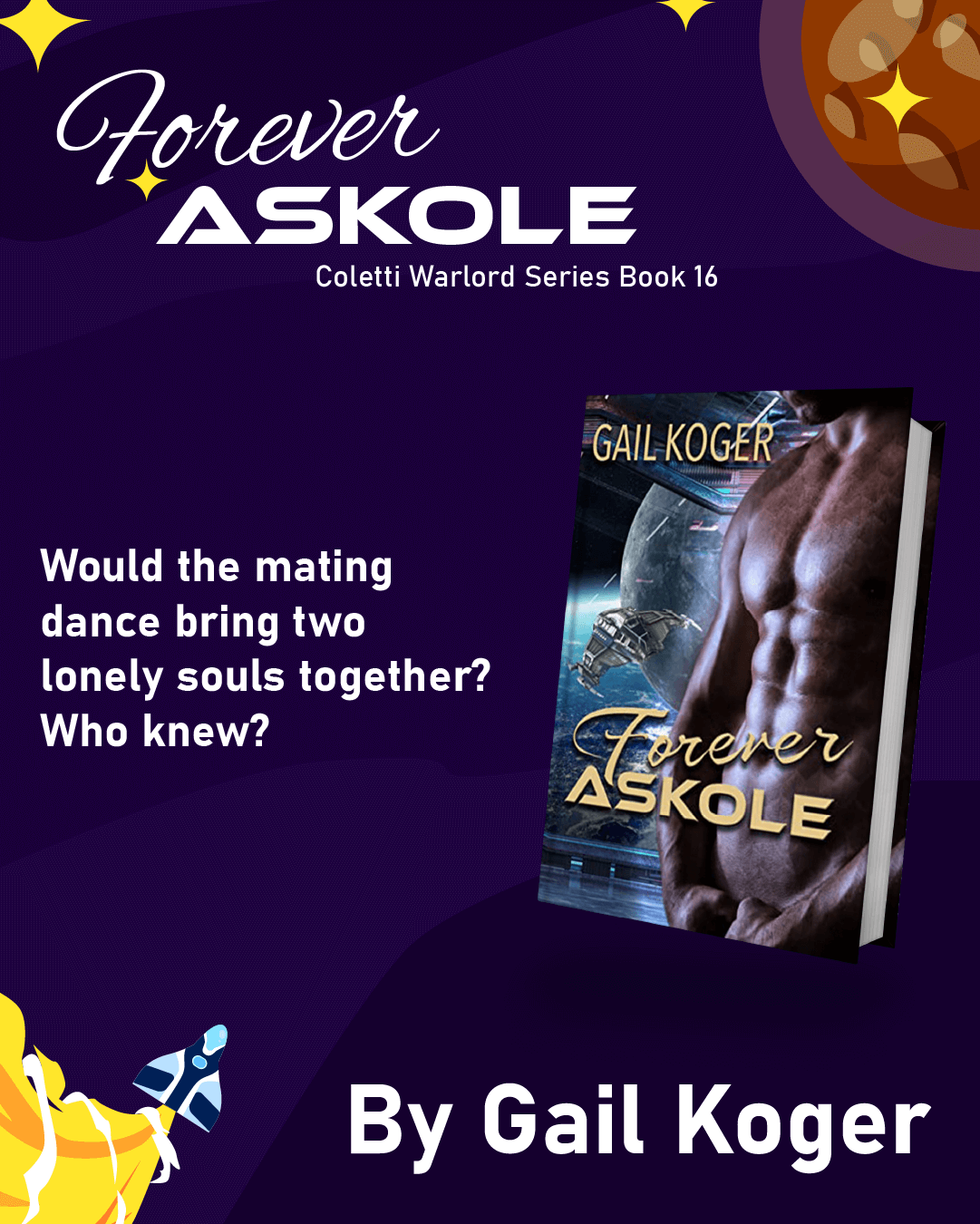 My name is Ella McAllister, I’m a psychic witch and a healer. My life is kinda nuts. Not only do I have the Coletti hunters chasing me, but now I also have a very determined Askole High Commander after me. Why? I shot his ship down and it crash landed, and it blew up. Yep, itty-bitty pieces everywhere. My bad, but his ship was a dead ringer for a Rodan Marauder, and it was my civic duty to blow the enemy spacecraft out of the sky. Wasn’t it? Any hoo, I healed his owies and boogied.

I thought that was the end of it, but oh no. For some unknown reason, Sariel, the Askole High Commander, decided I would make him the perfect mate. As if. I think the blow to his head made him completely bonkers.

Sariel informed me the mating dance had begun and there was nothing I could do to stop it. The idiot had obviously never dealt with a witch before. I didn’t have the time to play games with him, so I did a little abracadabra alakazam and ran.

Sigh. The persistent Askole found me. Now I have a decision to make. Keep running or surrender to the High Commander. He is a damn good kisser.

Would the mating dance bring two lonely souls together? Who knew?

About the Author: Gail Koger

I was a 9-1-1 dispatcher and to keep insanity at bay, I took up writing. Not to worry. The insanity isn’t catching – much. Other than the addiction to chocolate and the twitch in my left eye, I’m good.

Defying the Relic Hunter made Delighted Reader’s THE TOP TEN MOST ANTICIPATED BOOKS FOR 2020!!