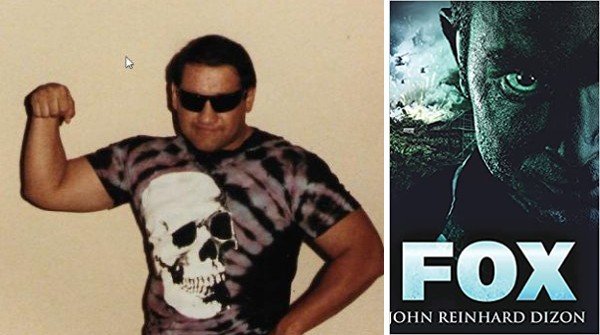 Fox: A Paranormal Thriller Set In The Vietnam War

1969, South Vietnam. Richard McCain is a Special Forces operative station at the Dong Ha Combat Base.

1969, South Vietnam. Richard McCain is a Special Forces operative station at the Dong Ha Combat Base.

Located at the DMZ bordering North Vietnam, the camp is under constant attack by the Viet Cong, the North Vietnamese Army, assorted rebel groups and smuggling gangs. The culture clash with indigenous tribes amidst mountainous terrain cloaked by feral jungles creates a high-tension atmosphere, where only the strong survive.

Soon, the brutal military conflict mixes with drug-fueled episodes, supernatural events and powers beyond human comprehensions, as the tale of McCain and the Green Berets takes the reader on an unforgettable journey of epic proportions.

John Reinhard Dizon was born and raised in the Cobble Hill section of Brooklyn, NY. He participated in local and high school sports at Bishop Loughlin MHS, excelling in wrestling, hockey and football. The lead vocalist of the Spoiler and the Ducky Boys, he was a key figure on the Brooklyn rock scene during the Punk Revolution of the 70’s. Relocating to San Antonio TX in the 80’s, he moonlighted as a pro wrestler while working as a legal assistant. He successfully pursued a BA at UTSA and degrees in Korean martial arts during the 90’s. He currently lives in KC MO where he is studying for his MA in English at UMKC. Mr. Dizon has been writing suspense and thriller works for over twenty-five years.