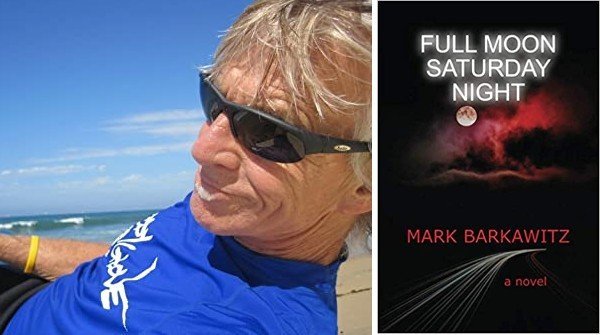 Will he end up as shark bait for double-crossing the wrong people?

Mike Hepp is an L.A. millennial post-grad, who dreams of making it big in the TV & film industry. He auditions by day and tends bar at night to satiate his massive student debt, credit card payments, and rent. Until one knuckle-busting, full moon Saturday night launches his life into complete upheaval, suddenly placing him in the middle of an international drug-smuggling operation and an undercover police sting, consequently ruining his reputation in Hollywood. Can Mike survive his unsolicited undercover work and cleanse his sullied reputation? Or will he end up as shark bait for double-crossing the wrong people?

There’s no shortage of thrillers out there but this stands-out because the author has the unique ability to put YOU in the middle of each and every scene. Writing teachers call it, “show don’t tell” and it’s more than difficult than it sounds. In the tradition of the great ones (Hemingway, Chandler, King etc.), the reader tends to forget this is just a story as they find themselves immersed in what is unfolding. In short – you can’t put it down. Plus, it features Hollywood’s iconic Formosa Cafe—one of the my favorite old water holes. Congratulations Mr. Barkawitz on a job well done!

Mark Barkawitz has earned awards for his fiction, poetry, essay, and screenwriting. His work has appeared in newspapers, magazines, literary journals, anthologies, ’zines, and on dozens of websites. He has IMDb feature film credits as screenwriter, actor, and associate producer (Mark Bark) for “Turn of the Blade” (NorthStar Ent.) and supporting actor in “The Killing Time” (New World Pictures). His critically-acclaimed, new novels, FULL MOON SATURDAY NIGHT and FEELING LUCKY.