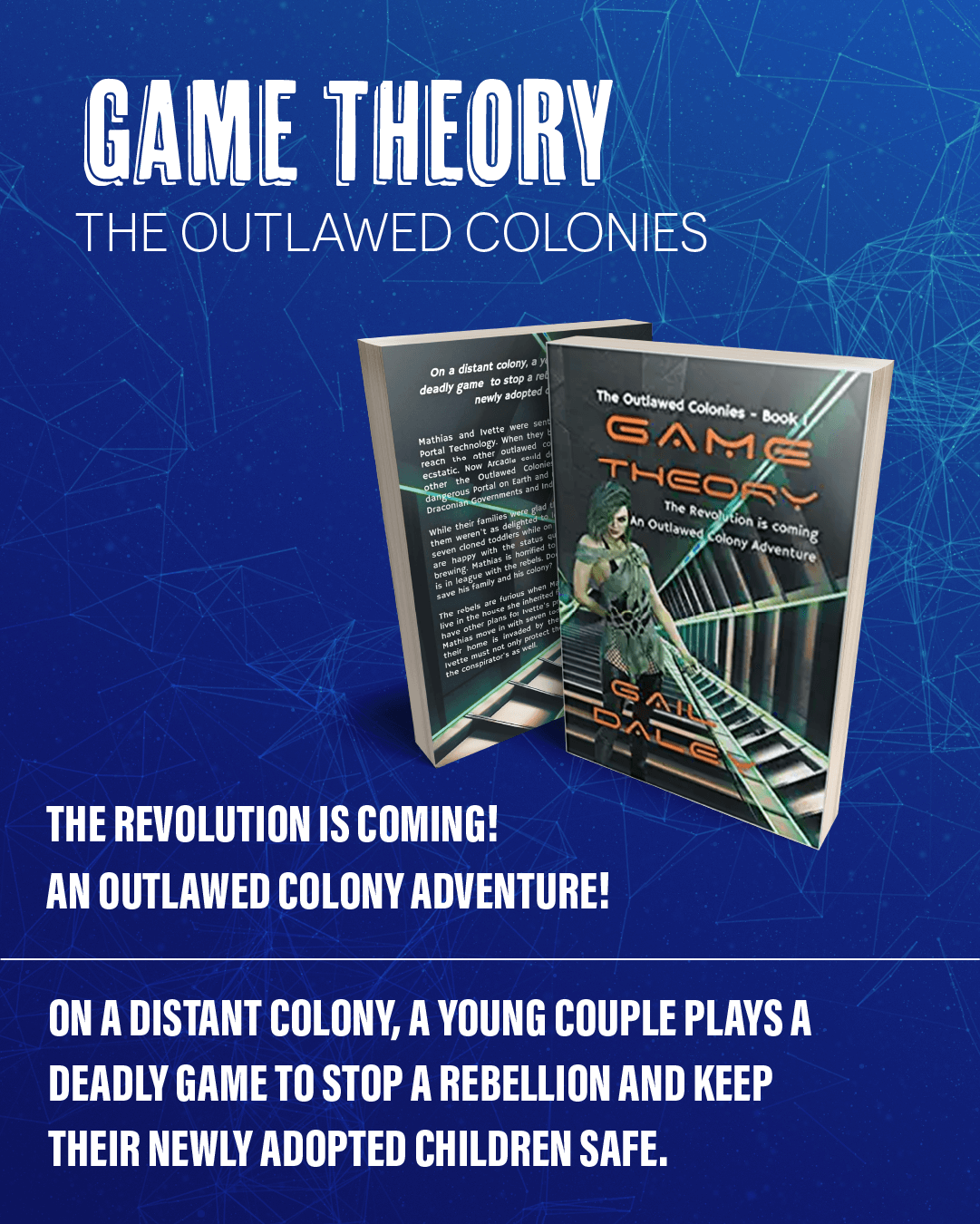 The Revolution is Coming!

On a distant colony, a young couple plays a deadly game to stop a rebellion and keep their newly adopted children safe.

Mathias and Ivette were sent to earth to learn about Portal Technology. When they brought back the codes to reach the other outlawed colonies their bosses were ecstatic. Now Arcadia could develop trade directly with other the Outlawed Colonies instead of using the dangerous Portal on Earth and risking exposure to Earth’s Draconian Governments and Industrial Giants.

While their families were glad they had returned, a few of them weren’t as delighted to learn the pair had adopted seven cloned toddlers. Not all the Arcadian colonists are happy with the status quo either, and a rebellion is brewing. Mathias is horrified to discover his older brother is in league with the rebels. Does he betray his brother to save his family and his colony?

The rebels are furious when Mathias and Ivette return to live in the house she inherited from her grandmother. They have other plans for Ivette’s property and having her and Mathias move in with their new family isn’t part of those plans. When their home is invaded by the rebel army, Mathias and Ivette must not only protect their new children but defeat the conspirator’s as well.

About the Author: Gail Daley

A writer of Fantasy and Science Fiction stories, Gail has received high praise for her beautifully interlaced, imaginative worlds. She populates her universes with vital and interesting characters, skillfully intertwining the mundane life of her characters with world changing events.

Thank you for visiting my page.