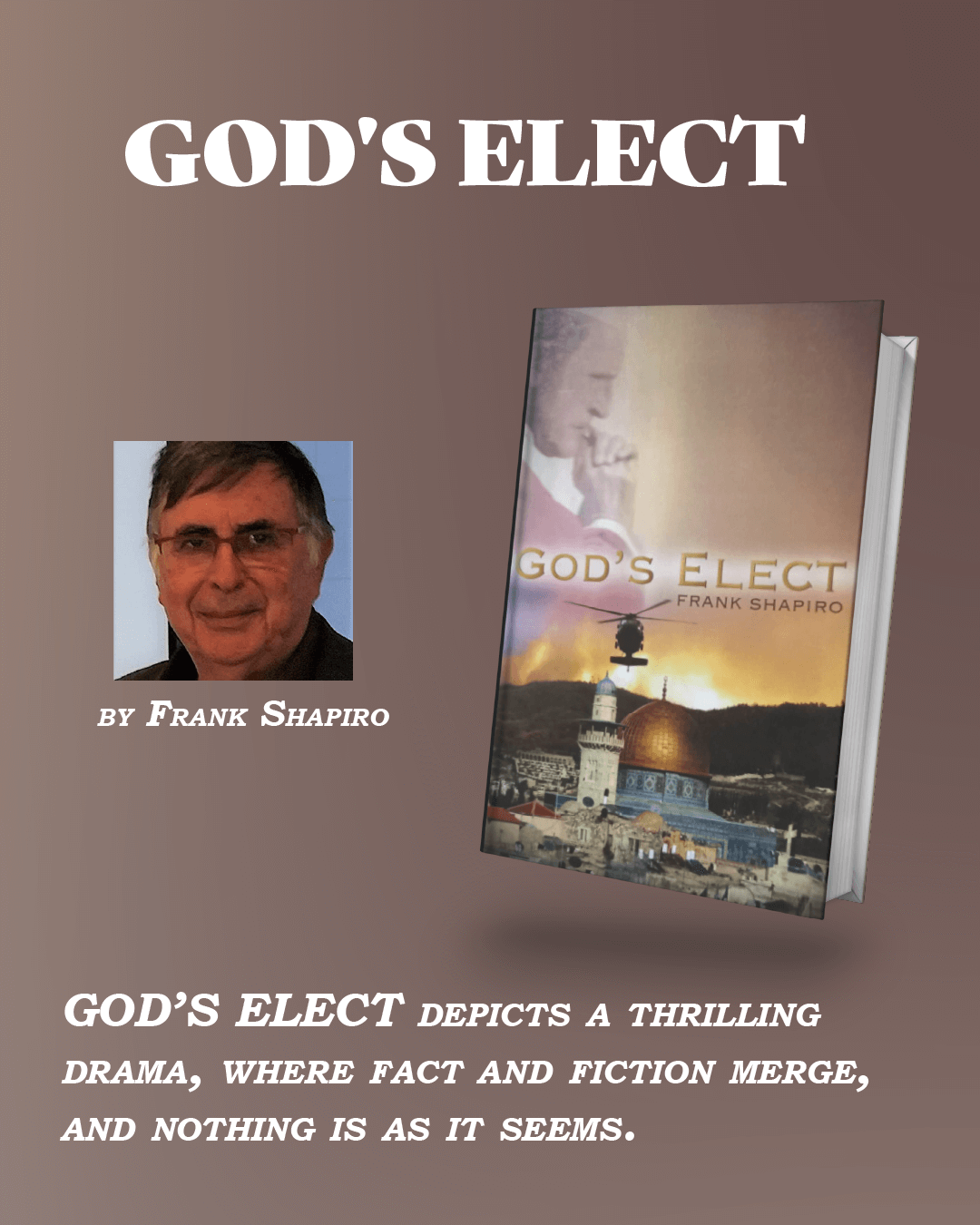 When most of the Western leadership is assassinated in a mega-terrorist attack perpetrated by radical Moslems, a chain of breathtaking events is unleashed.

When most of the Western leadership is assassinated in a mega-terrorist attack perpetrated by radical Moslems, a chain of breathtaking events is unleashed. Against this backdrop, the True Templers, a clandestine Protestant sect, hatch an extraordinary plot to realize their apocalyptical belief in the Second Coming of Christ. As the plot thickens, the existence of ancient Jewish Temple treasures, hidden in the Vatican cellars for over two thousand years, is revealed. The return of these treasures to the State of Israel would have an earth shattering impact on the state of the world. With the possibility of an excruciating war of civilizations heightening, the new Pope, Urban IX, calls for a modern Crusade. During seven tense days the fate of the world hinges on crucial decisions being made at the Vatican in Rome, at Israel’s defense ministry and at the presidential palace in Shiraz, Iran. God’s Elect depicts a thrilling drama, where fact and fiction merge, and a number of contemporary and critical geo-political conditions clash head on with religious fanaticism.

About the Author: Frank Shapiro

Frank Shapiro graduated in medieval history from the Hebrew University, Jerusalem. He is a former high school history teacher of European and Jewish history, and was assistant researcher at the Museum of the Diaspora, Tel Aviv.

Commissioned by the Council of Zambian Jewry to research the history of the Jews in Northern Rhodesia/Zambia which led to the publication of Zion in Africa.

His next book, Haven in Africa, reveals a nexus between Northern Rhodesia and the Holocaust.

The Dating Fantasy, is an intriguing novel. The story unravel the protagonist’s unusual past dating experiences which constantly haunt and interchange with the inner web of convoluted intrigue and personal conflicts of the now.

His latest work is The Conspiracy against Mary Magdalene. an intriguing narrative highlighting how Mary Magdalene, Jesus’ closest companion, was symbolically crucified?

Frank lectures frequently on his subjects and has contributed diverse historical articles in newspapers and journals.

Born in London, he lives in Israel.