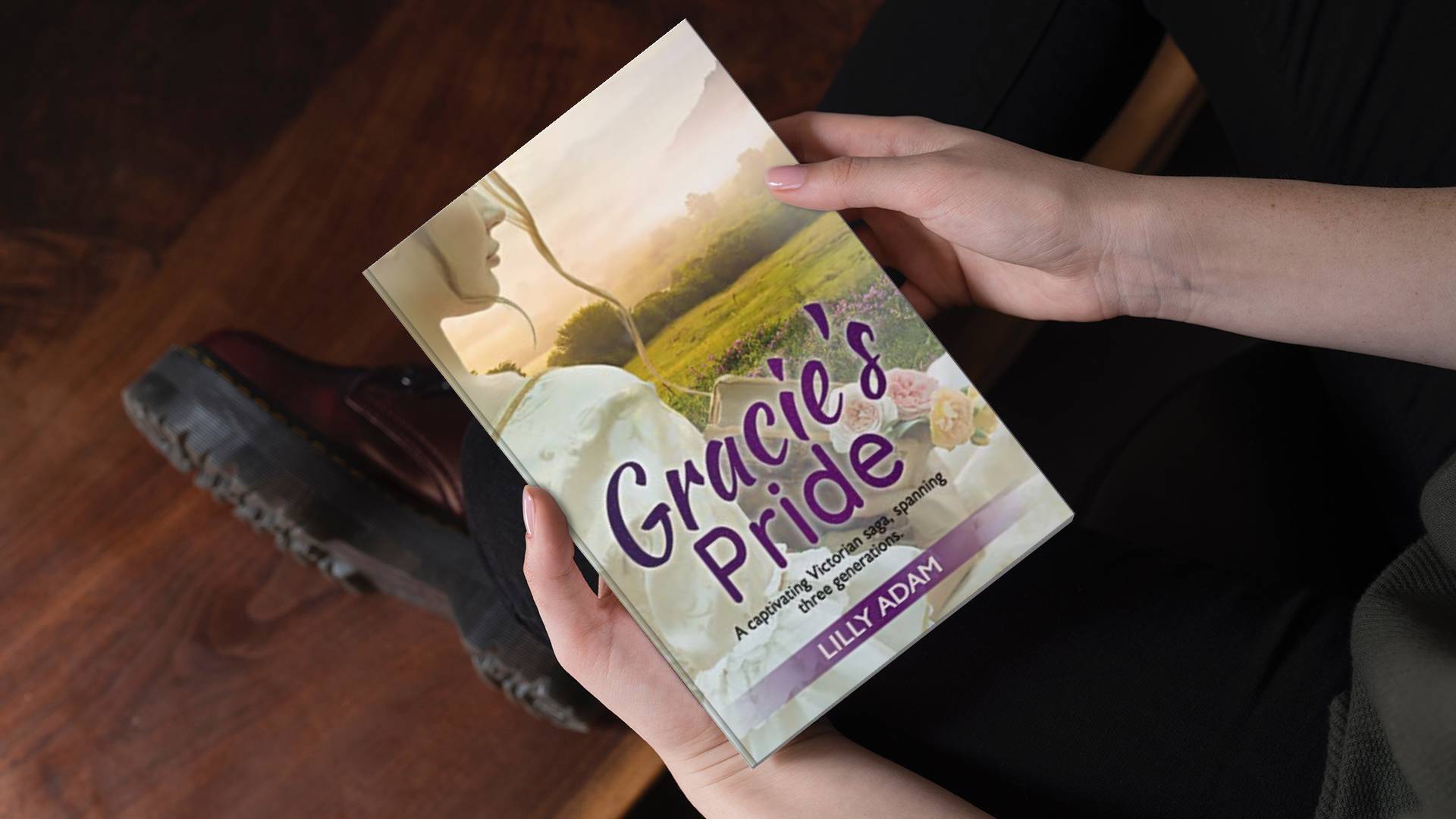 With no alternative than to flee from their homeland, a terrible catastrophe inflicts a momentous and lasting change to the Browning family.

Situated in the heart of Cheshire, Hatherton Farm is a run-down, smallholding positioned on the Marshall’s prestigious six-hundred-acre Estate. For three generations, a family feud has been the cause of misery and bitterness between the aristocratic Marshall family and the humble Browning family.
********************
In eighteen fifty-one, the cruel and selfish, Joshua Browning sets sail from Liverpool to join the Californian gold rush, leaving his wife and twin sons behind, to run Hatherton Farm. Squire Cameron Marshall soon plots a way to regain the few acres of land, which he believes are rightfully his. Taking advantage of Gracie Browning’s vulnerable situation, she soon finds herself exposed to lies and blackmail and at the mercy of the unscrupulous Squire. For the sake of her cherished sons, Gracie is compelled to make some huge and detrimental sacrifices.
********************
With no alternative than to flee from their homeland, a terrible catastrophe inflicts a momentous and lasting change to the Browning family.
********************
In their search for work and a new life, Oliver and Archie head towards London. During the journey, Oliver meets a young farm girl which marks the beginning of a unique friendship. After suffering from her own personal loss, Sally Potts feels as though the hand of fate has thrown her and Oliver together, but their relationship is soon to be tested on a grand scale.
********************
From Cheshire’s scenic countryside, the distinguished outskirts of Oxford, and to the impoverished rookeries of London’s East End; spread over thirty-three years and witnessing wealth and poverty, love, loss and betrayal and unexpected twists, Gracie’s Pride is a gripping epic, guaranteed to intrigue and entertain.

About the Author: Lilly Adam

Lilly Adam, wife, mother, and grandmother. I was born in London where I spent my early childhood. From a young age, I always had a passion for reading, writing stories, and poetry. With maturity my interest in history blossomed, especially for the Victorian era; it was a period in history that saw so much change and an abundance of new and life-changing inventions and laws, making it such an interesting era to study. Having a lifelong ambition to become an author, it was after a long pause whilst raising my family in Oxfordshire, that I finally found the time and brain space to put pen to paper and begin. My debut novel, May of Ashley Green was published in February 2017. I have since published a further ten novels and continue to write. Turning my passion into a fulfilling career as a professional author has been one of my greatest life achievements.