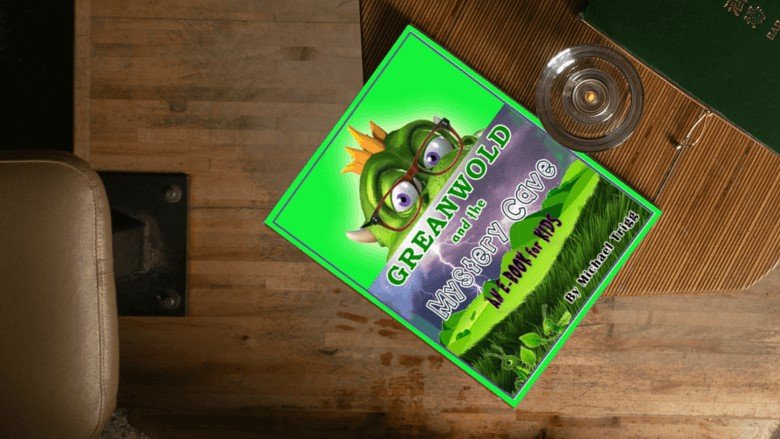 Keegan Clarke is an 8 year old junior Indiana Jones / Harry Potter. His driving desire is to be a great explorer. He has a friend and supporter in the way of Mr. Shama who owns the local general store but is in fact a retired wizard. Mr. Shama assists Keegan in discovering the “mystery cave”. While exploring the cave, Keegan comes across a mysterious stone and accidentally releases some Minosaurs, legendary mini dragons. The lead Minosaur, ends up saving Keegan from the claws of an evil dragon whose plan is to take over the world.

In Keegan’s little seaside town of Oceanpark, a mysterious bad guy, Reywal Dekoorc, has taken up residence along with his robot henchman (or robot teenage henchman), Datslob. Reywal teams up with the evil Draegon and it is up to Greanwold, Keegan and their friends to save the day.Mystery, fantasy, magic, wizardry, danger and fun abound.

Beginning of Chapter One: Keegan Clarke stared with morbid fascination at the worm sliming its way across his leg. He dared not move as he felt, more than knew, the evil Reywal De Koorc and his robotic assistant Datslob were not too far behind him. His features were bathed in a greenish light and he tore his glance away from the worm and stared at a huge slab of smooth rock in front of him; a stone disc imbedded in its centre. Recessed into the disc was a handprint. Keegan looked closely at the handprint and then inspected his own hand.
“That’s weird,” he thought to himself. “The handprint looks the same size as my hand. Cool but weird.”
A stone rattled in the distance, kicked by an unseen foot. He heard the murmur of voices echoing off the cave walls and hunkered further down behind the big rock. Looking right and left and back to the disc, Keegan reached out and tentatively placed his hand in the handprint. Nothing happened. He jiggled his hand in the handprint and felt a slight tingling sensation. He jerked back as a loud musical chord rang out inside his head and the disc slowly rose up from the rock and the handprint changed into a diamond shape.
Uh Oh!” Keegan, squinting his eyes looked at the disc with a mixture of curiosity and apprehension.