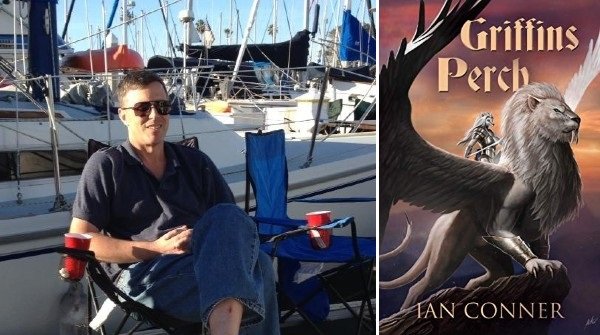 In this fantasy adventure filled with twists and turns, magical creatures unite to thwart a plot by an evil wizard to destroy the world. After Daniel betrays the Silver Order of Wizards and transforms them into dragons, the Griffin Corps emerges as the world’s best hope for salvation. As the battle between good and evil unites the Delphens and their fearsome Griffins partner with Pixies, Merfolk and Elves to defeat the Fury. Readers will experience a truly epic fantasy with dragons and mythical creatures. Can Denrael and Aqua, the only surviving members of the Silver Order, and fierce Delphen warriors Shala and Flinch lead this alliance of fantastical beings to save their world from the apocalyptic threat Daniel and his transformed winged monsters pose? When the strong female protagonists unite to take on an evil wizard and his horde of cursed dragons, breathtaking magical adventures are certain to follow.Griffin’s Perch is an epic tale that will provide the Game of Thrones and Lord of the Rings fans an answer to thier calls for a new story to follow. Fantasy genre lovers will appreciate having many of their favorite creatures not only in the same story but cooperating toward the same goals. Women will be gratified to recognize strong female characters that make a true difference and without whom there would be no story.Not since the Dragon Riders of Pern has the bond between rider and beast played such a important role. Griffins and the Delphens provide a much needed change of pace as does the lack of reliance on human characters to save the day.It hasn’t been since Julia Hugh’s Griffin Rider Chronicles was the last time that Griffins have been used. Griffin’s Perch certainly uses them much more action-laden manner. Griffin’s Perch is certain to attract a large following of fans unquestioningly hungry for a new approach.