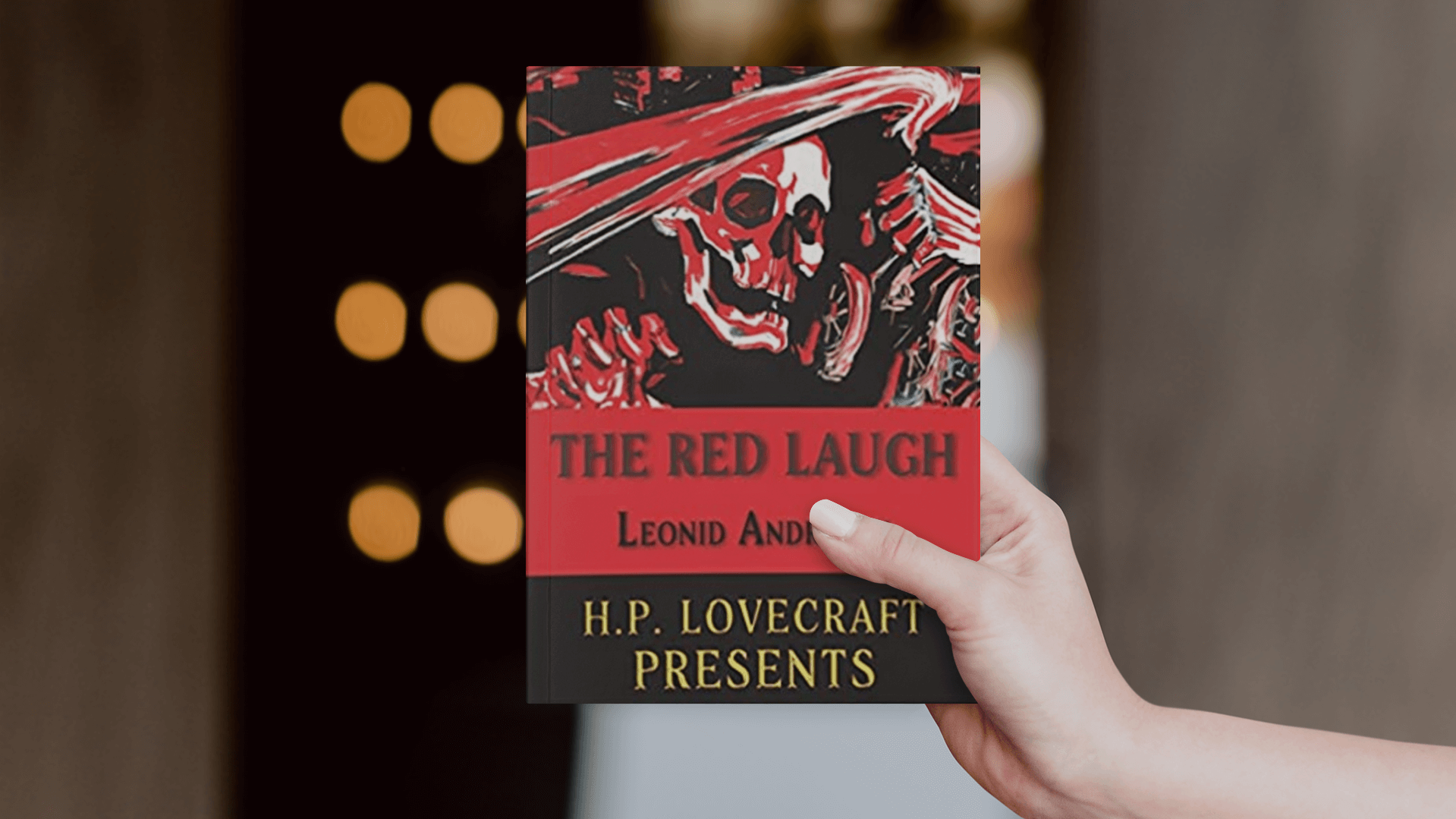 Originally published in 1904 by the Znanie Publishing Company, The Red Laugh is a powerful antiwar story with a supernatural ending (and several fragments) in the vein of H. P. Lovecraft’s work

Often referred to as ‘a Russian Edgar Allan Poe’, Andreyev had an influence through translations on two of the great horror writers, H.P. Lovecraft and R.E. Howard. Copies of his The Seven Who Were Hanged and The Red Laugh were found in the library of horror writer H. P. Lovecraft at his death, as listed in the “Lovecraft’s Library” catalogue by S.T. Joshi. Andreyev was also one of the seven “most powerful” writers of all time, in the opinion of Robert E. Howard.

“Probably the most vivid piece of war realism in any language.”

“Red Laughter,” a disturbing war story, written with the blood of Russia.”

„Are you afraid?” I repeated kindly.

His lips twitched, trying to frame a word, and the same instant there happened something incomprehensible, monstrous and supernatural. I felt a draught of warm air upon my right cheek that made me sway—that is all—while before my eyes, in place of the white face, there was something short, blunt and red, and out of it the blood was gushing as out of an uncorked bottle, such as is drawn on badly executed signboards. And that short, red and flowing „something” still seemed to be smiling a sort of smile, a toothless laugh—a red laugh.

„Friends!” continued the doctor, addressing himself to the groaning, mutilated shadows. „Friends! we shall have a red moon and a red sun, and the animals will have a merry red coat, and we will skin all those that are too white — that are too white…. You have not tasted blood? It is slightly sticky and slightly warm, but it is red, and has such a merry red laugh!…”