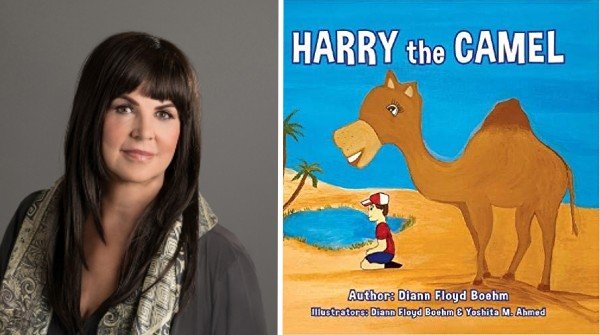 HARRY THE CAMEL will surely pull on the heart strings of readers as he pines for a life he can never have. Harry lives in the sand dunes of Dubai, and he often watches from a distance as the beautifully sleek race horses at the track run their laps. He laments that his back isn’t as smooth as theirs and wonders how much faster he could run without his bulky old hump. As he dreams of the possibilities, Dover the bird swoops in and teases him about his hump, making him feel even worse about how he looks. As he makes his way sadly home he happens upon a little boy named Omar. Harry learns that Omar is lost. Who better than a camel to lead a lost boy out of the desert? In the end, Harry discovers there is nothing better than being yourself and, for the first time, Harry is proud to be a camel.