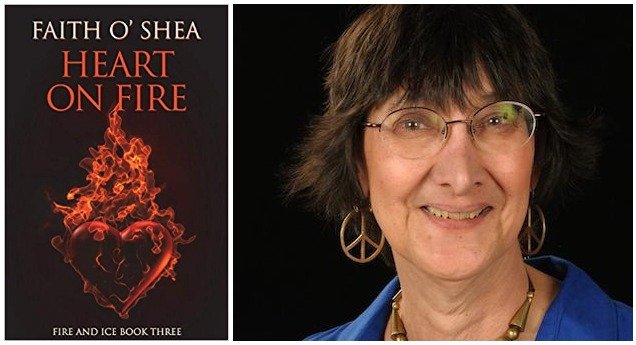 Emilia Spencer-Ronan was finished handing her time over to her best friend since college. He called her a lifesaver, but she was beginning to think of herself as a two-pound whirly sucker. That she’d been in love with him for almost as long was getting old and she was ready to move from Nanny, Inc for his four-year-old son, to over him. When disaster strikes and a promise is made to a dying woman, Em must think long and hard about keeping it. Nick Katsaros’ life was a mess. His marriage was over, and his best friend had turned her back on him, just when he was seeing her in a new light. What was he going to do about it? He was mister fix-it and she had an aversion to that kind of man. If he can just get over his white knight complex, he might have a shot at forever.

Faith O’Shea is a retired school teacher who has spent her whole life weaving stories. Wearing a variety of professional hats has given her a tapestry of experiences to draw from. Faith’s favorite part of the process is meeting her characters and watch them grow.