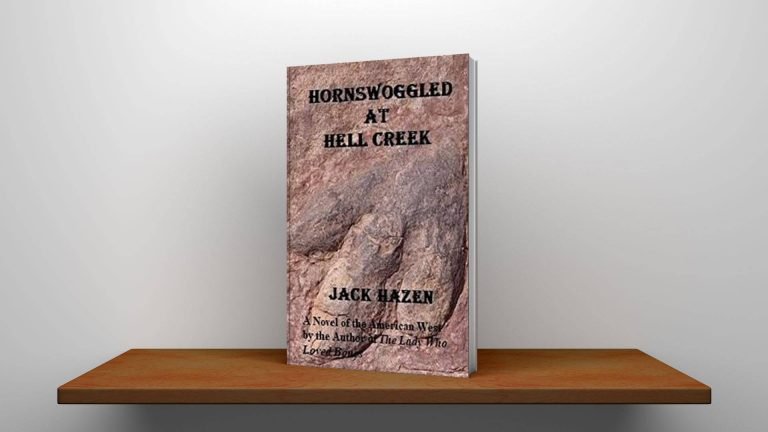 The Wild West just got wilder. A band of eclectic characters pursue and are pursued by a psychotic, cannibalistic, and sexually deviant serial killer in remote 1867 Montana Territory. Among the pursuers are a beautiful blond paleontologist from Philadelphia, an exotic Arapaho princess, a transgender Pinkerton agent, and various circus performers. A mountain man and owner of a secret gold mine, a very short sheriff who doubles as a circus clown, a paraplegic Irish leprechaun, a sanctimonious fire and brimstone preacher, and the prodigal dog join the parade, among others. Tasked with keeping each other alive in harrowing situations, they are forced to endure the misogyny, racism, and homophobia of virtual strangers and develop a bond of loyalty despite the danger, disease, and death around every corner. They live by the motto: ‘Don’t give up; don’t ever give up,’ especially when one of them is in the death grip of a giant gator. The question becomes how many are going to die before justice is served. During the course of the adventure, the paleontologist Lady Hannah Monroe makes monumental scientific discoveries and one objective becomes to get dinosaur fossils Back East to her sponsor Professor Joseph Leidy at the Academy of Natural Sciences. She is a precursor to Othniel Charles Marsh and Edward Drinker Cope who waged Bone Wars a decade later in these same badlands that became known as the Hell Creek Formation.

Normally I avoid western novels as I don’t enjoy the genre, but I was attracted by the description and intriguing title of this book – so I thought, why not? I am so happy I purchased Hornswoggled at Hell Creek by Jack Hazen. This was not your typical “western” novel. The setting is 1860s Montana territory, and I was taken aback by the immediate violence presented in the book. If you are squeamish and uncomfortable with graphic scenes, you might not want to read this book. However, I thoroughly enjoyed the amusing dialogue and bizarre plot twists. The crazy, eccentric cast of characters pulled me in immediately, and this novel is actually second in a series featuring paleontologist Hannah Monroe (although one could easily read this book as a stand-alone tale). Throughout the adventure, Hannah’s objective is to transport dinosaur bones back east and conduct scientific research. Unfortunately, things do not go as planned, as the western town of Helena is filled with outlaws, gold miners, thieves, prostitutes, circus performers, dwarves, and bounty hunters. Kidnappings, bank robberies, and raids keep everyone on their toes in the lawless wild west town of Helena. Along with Hannah Monroe, this action-packed adventure features the transgender investigator Helen James, who arrives in town to investigate the explosion and sinking of the Victoria. There was a safe aboard the boat, and it has disappeared. No one is as they seem in this intriguing book, including Arapaho Indian Sweet Water, Hex Hannibal Hawkins (who was on a government mission), and cannibalistic, violent, and sexually-deviant killer Captain Taz, who terrorizes the group throughout this book. The cast of characters must be loyal to one another in order to survive multiple dangerous scenarios, alligators, disease, and altercations with Mormons as well as Indians as they pursue the vicious and relentless Captain Taz. The author has a way with words, and I found myself laughing out loud at the vivid descriptions, unbelievable plot twists, and the snappy dialogue among characters. The edge-of-my-seat action kept me guessing until the surprise ending. I wasn’t sure who would survive! I definitely recommend this book if you enjoy adventurous westerns - with a violent twist.

Jack Hazen is an amateur paleontologist and gynecologist. He spends his time near Pittsburgh rooting for the Steelers, Pirates, and Penguins or Austin rooting for cowgirls but not Cowboys. He served in the 173d Airborne Brigade in Vietnam and later the war between the sexes. Jack graduated from a Catholic university where his greatest achievements were an “A” in Philosophy of Communism and a “F” in a New Testament course taught by a priest. He was employed as an executive with a Fortune 500 company for many years. An ordained minister, he is fascinated by the conflict promulgated by Young Earth Creationists between religion and science. Favorite Kent (Dr. Dino) Hovind quotation: “I believe that dinosaurs are not only in the Bible, but they have lived with man all through his six thousand year history.” (Kent Hovind PhD dissertation.) Jack’s partner in mischief is a big tomcat named Boob.

She is a precursor to Othniel Charles Marsh and Edward Drinker Cope who waged Bone Wars a decade later in these same badlands that became known as the Hell Creek Formation.

Dear Reader, author’s recently published book “Hornswoggled at Hell Creek” is now available on leading bookstores, get your copy now and help the author by writing a review of the book.
Available on Amazon