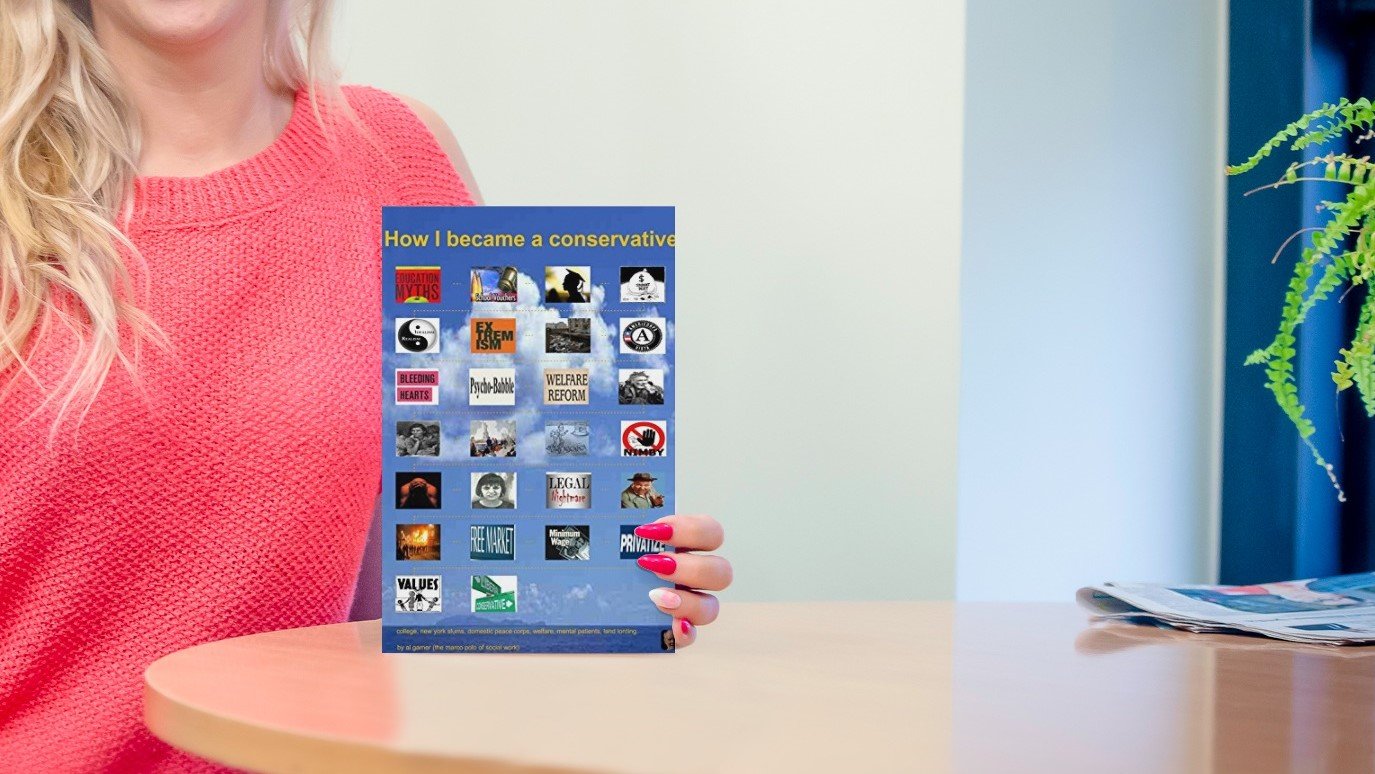 It shows how probably most people’s ideas would have been formed if they had had my experiences of: growing up in in the conservative ’50s in one of the most conservative areas (Orange County, Calif.), moving to one of the most liberal (New York City), serving in the liberal domestic peace corps, working in liberal social work in the liberal late ’60s, living in the slums, starting and running a home for mental patients, and becoming a landlord in ’78.

It would be useful to those at all levels in chari­ty, teaching, law, corrections, police work, jour­nalism, religion, and politics. It should be basic for students considering social work. It explains the quote [by Churchill?]: ‘If you’re 20 and not a liberal, you have no heart. If you’re 40 and not conservative, you have no brain.’