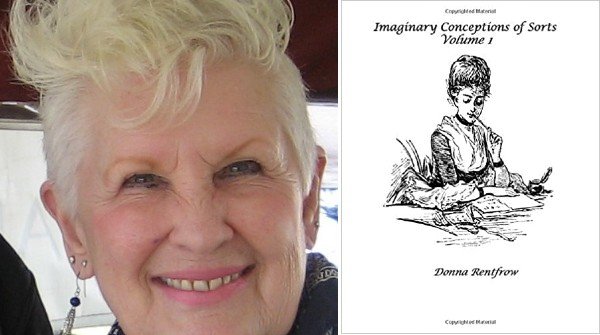 Donna Rentfrow has been employed with the Isabel Anderson Comer Museum & Arts Center in Sylacauga, Alabama as Director/Curator for the past twenty years. Although, born and raised in California. She and her husband Don, originally a native of Illinois, enjoy the slow pace of Southern life and claimed Sylacauga their home over twenty-six years ago. Donna began writing whimsical stories about animals and their adventures with her daughter Amber Behnke in 2015. By the end of that year, they had written and self-published three sto-rybooks with illustrations by Joseph Copeland; Victorious Victor Byrd, The Fishining School, and Canine Detective Club, followed by How Poppy Got Her Wings the next year. In 2017 together with her brother Ric Adams wrote and self-published A Ryder’s Tale, illustrated by Ric Adams. How Arnie Saved the Ant Colony on Merkel Mountain was written and self-published by Donna and her daughter, also illustrated by Donna in 2018. These stories are available online at ama-zon.com., booksamilion.com, and barnesandnoble.com. The three have several works for children in progress.Visit their website at http://marblecitybooks.wixsite.com to learn more about the authors and read excerpts from their delightful stories.Donna is an avid reader and a fan of fiction. She is intrigued with stories of crime, mystery, paranormal, and humor. Three of her favorite authors are Lawrence Sanders, Lee Child, and Janet Evanovich. Imaginary Conceptions of Sorts Volume I is her first attempt to write a series of stories in another genre hoping to attract teen and adult readers.