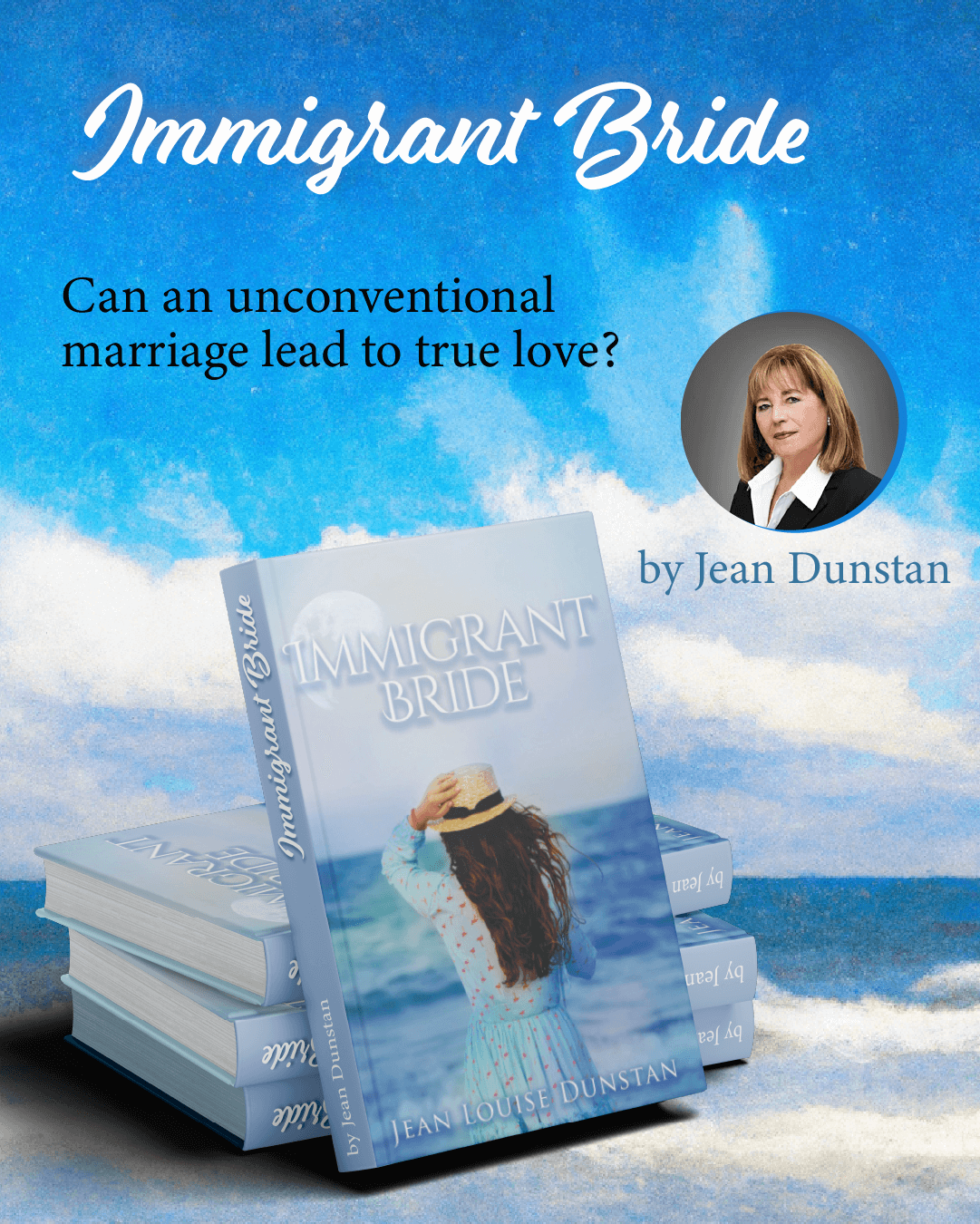 Will she be strong enough to move forward when destiny hands her a new adventure?

Can an unconventional marriage lead to true love?
In the early 1900s, destitute in drought-stricken rural Italy, Sophia’s parents had no choice but to arrange a marriage for their beloved daughter at the tender age of sixteen. Devastated, Sophia, a naïve farm girl, is forced to marry a young man named Domenic and leave for the United States. As part of a large Italian exodus heading to the United States looking for a better life, Sophia must adjust to being in a strange country and build a life as a young immigrant bride in New York City.
Can Sophia overcome her fears and learn to build a life for herself and the ones she loves when fate steps in and steals her happiness away once more? And will she be strong enough to move forward when destiny hands her a new adventure?

About the Author: Jean Dunstan

Jean Louise Dunstan lives in Yuma, Arizona, with her husband. She has experienced many moves in her life including, Minnesota, Nevada, New York, Hawaii, and California. An avid reader, she has always been fascinated with writing stories. In 2005, she obtained her lifelong dream, when she received a Bachelor of Arts Degree in Liberal Studies from NAU, Yuma, Arizona. She is a mother of four and grandmother of five. After a 37 year career in Real Estate, she is enjoying her family and pursuing her interest in writing.

As a child, she heard stories from her mother Louise, about being raised in an orphanage in New York City, New York. Around the age of 12, Louise was sent to the mid-west on a train, where she hoped to be adopted. That did not happen and instead, she was used as a farm laborer and housekeeper, until she was able to run away. This book is fictional and based on many of her stories and her struggles to survive in a lonely world.