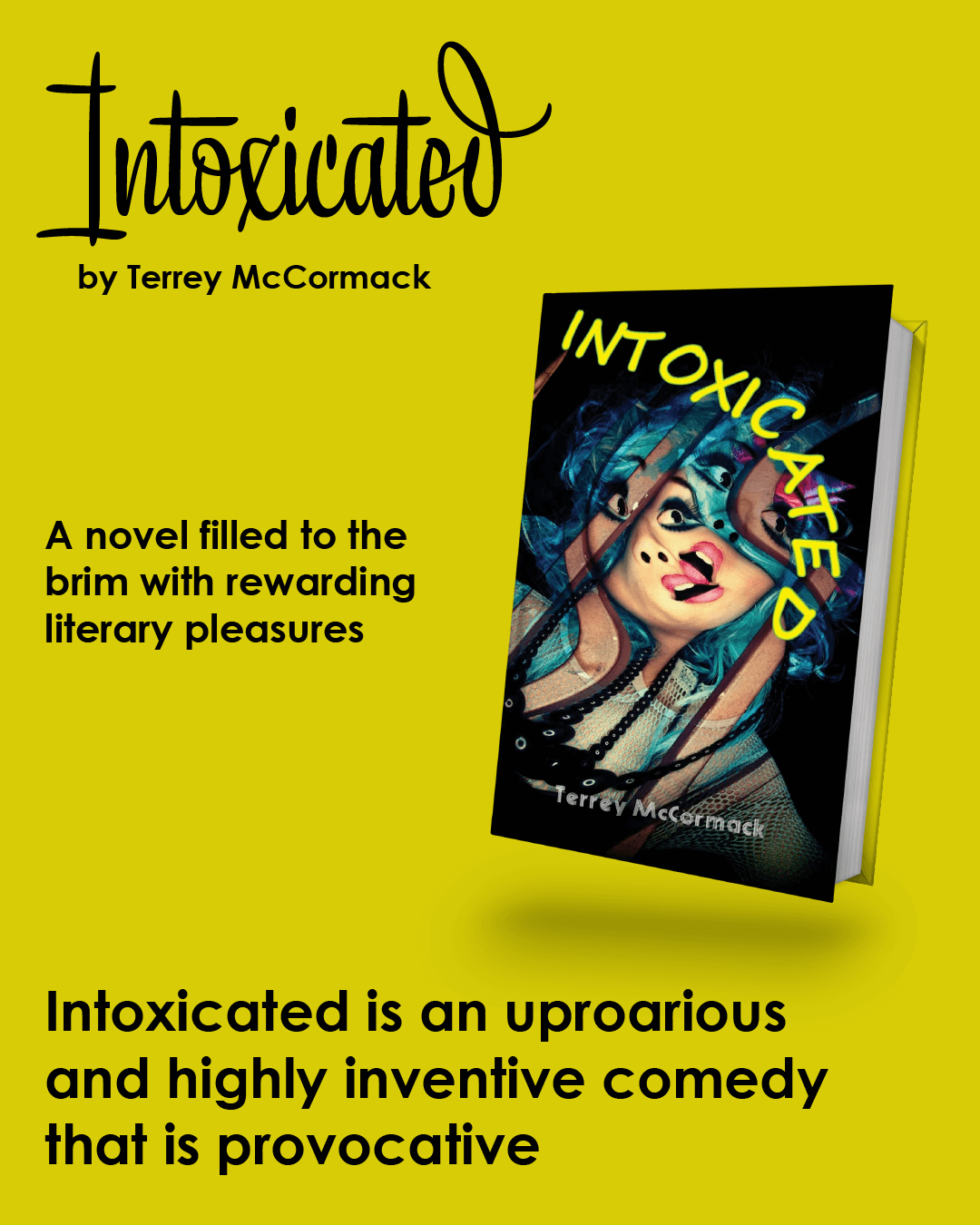 Intoxicated is an uproarious and highly inventive comedy that is provocative

Intoxicated is an uproarious and highly inventive comedy that is provocative, sometimes repellent, and certainly shocking throughout, but a novel filled to the brim with rewarding literary pleasures, written by a writer in complete control of the materials to hand. It is a novel unlike any other, outrageous in the extreme, scandalous and seemingly insane at times, a borderline abomination even, yet hilarious from cover to cover, which also makes it compelling and intimate.

There are many different aspects to “intoxicated,” for the disordered pandemonium takes off when Francine Coy, the lavished-upon, money-intoxicated daughter of a wealthy 1960s ex pop-star from the fictional band The Wallbeats, himself a main character, yet one with very worrying, disturbing prejudices, with repugnant pleasures too, wakes at dawn (not like her) in one of her holiday-homes to get her gang under way towards their goal, which is a nano-injection each, giving them, she believes, and she believes it very firmly, a 300-year life-span.

The clashing personalities then gradually deem the ultimate, destructive fate of the misplaced venture: namely, her deranged boyfriend, Joel Maize, her two mostly benign gay friends, Stevie and Bernie, and her monstrous father, Johnny Coy. Things are never as they seem, but when a sense of magic realism transfigures the possible in a great magician’s house, who is a huge black man named Susan, up on a dusty, remote hill, the plot becomes utterly astonishing via spiked sangria with LSD. Francine also discovers some disturbing truths about herself, but doesn’t have the capacity at that point to acknowledge them. Instead, she crashes down to earth in hot Gran Canaria when her father finally dies on the toilet, experiencing what appears to be a nervous-breakdown. These truths kick in later, beginning in London, and then, to the deep consternation of all, in Liverpool…