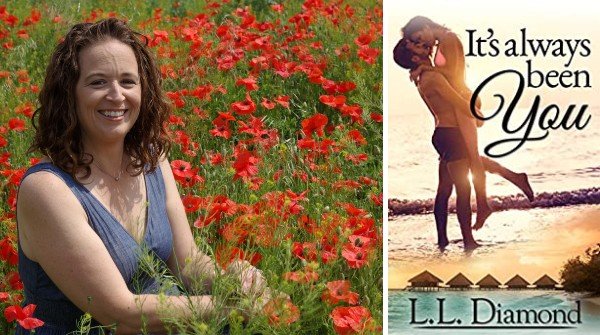 It’s Always Been You

All Ellie ever dreamed of was the perfect vacation.

Ellie Barrett’s first glimpse of the island resort is everything she dreamed when she planned her long-awaited tropical getaway—sun, sand, and miles of brilliant aquamarine water. She’d made it! Two whole weeks to explore paradise. What could possibly be better?

Perhaps an athletic man in board shorts with a body to die for and a pair of stunning blue eyes? On her first evening, she meets William. Intelligent, amazing to talk to, and hot as sin, he’d never be interested in her, but it didn’t mean she couldn’t enjoy the view while it lasted!

But perfection isn’t bound to last. What if William isn’t everything he seems? When love persists over all obstacles, is it enough? How can Ellie trust William and protect her heart at the same time?

This novella is about trust and redemption with a little nod toward taking relationships at their proper pace. I can't tell you many details about the plot without giving away secrets (and, trust me, you want to see them unfold yourself), but it begins with a dream vacation in tropical paradise. Ellie (aka, Elizabeth) only wants a bit of adventure, William (aka, Darcy) is trying to escape and they fall into each other's arms. Then come the consequences. Another reviewer has said that Ellie isn't an "ethical" heroine and I can absolutely understand why they felt that way. She does (or rather DOESN'T do) something that, in black and white terms, is exceptionally hurtful and, in certain circumstances, potentially unforgivable. However, I could understand why she did/didn't do it; simple human weakness. It became one of those problems that, the longer she thought about it and hesitated, became more and more insurmountable until there was no graceful way out. Was it right? No. Do I defend her decision? Not at all. My only point is that it was a difficult time in her life made all the more stressful due to the situation she found herself in and the lack of trust she felt for William. I can't say that she was right, but I also can't say for sure that I would have done better. As for William, he hadn't really encouraged much trust and that factored greatly in her decision. They had only been "together" (if you can officially call it such) for ten days when they'd split up, which didn't allow for much familiarity with one another. Not only that, but he'd kept something from her that he really should have told her at the beginning (or at least as soon as he knew he was developing feelings for her), making her feel like he wasn't to be trusted at all. Had he done so, their relationship would have taken a different trajectory entirely and the follow up problems could have been averted. Seriously: trust is important and relationships really should be gradual, no matter how great it feels to just jump in head first. Even when two people have the best intentions, things can go awry when the foundation is weak. That's what's so realistic about this novella; love isn't enough. It's important, but not the only ingredient necessary for a strong relationship. All of this said, I felt sympathy for both protagonists and couldn't bring myself to be angry with them. They did stupid things, but none of their mistakes we're malicious at all. The fact that they loved each other enough to forgive and move forward together was also a redeeming quality. Honestly, they were two flawed people who made mistakes and then tried to make them right. I liked them both very much. I've liked everything I've read from this author so far, but I think that this one is my favorite. Will absolutely read again. As with many of her other works, there are intimate scenes, but they're more romantic than gratuitous. Still, fair warning.

L. L. Diamond is more commonly known as Leslie to her friends, and Mom to her three kids. A native of Louisiana, she has spent the majority of her life living within an hour of New Orleans until she vowed to follow her husband to the ends of the earth as a military wife. Louisiana, Mississippi, California, Texas, New Mexico, Nebraska, England, and now Missouri have all been called home along the way. Aside from mother and writer, Leslie considers herself a perpetual student. She has degrees in biology and studio art, but will devour any subject of interest simply for the knowledge. As an artist, her concentration is in graphic design, but watercolor is her medium of choice with one of her watercolors featured on the cover of her second book, A Matter of Chance. She also plays flute and piano, but much like Elizabeth Bennet, she is always in need of practice!

When love persists over all obstacles, is it enough? How can Ellie trust William and protect her heart at the same time?

Dear Reader, author’s recently published book “It’s Always Been You” is now available on leading bookstores, get your copy now and help the author by writing a review of the book.
Available on Amazon