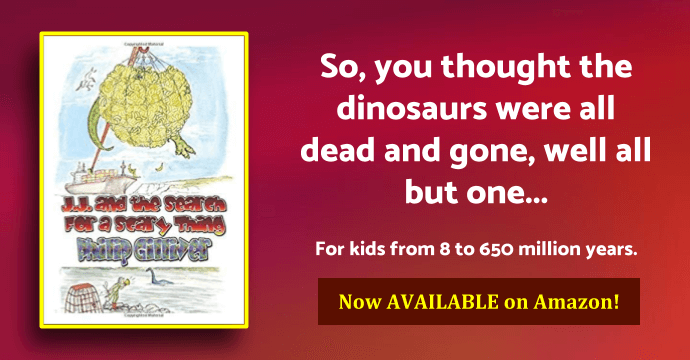 So, you thought the dinosaurs were all dead and gone, well all but one, Jurassic Jack the guitar-plucking, cheese-chomping T Rex and his magic guitar – Bridget.After being bored with retirement, our dimwit dino leaves the steamy Brazilian jungle in search of fame in Britain. But waiting for him is the abominable Moronimous Grump, the man who knocked down an orphanage so that he could get a better view of the bank, the man who sold his granny for a fiver to an antiques dealer. Could things possibly get any worse? For kids from 8 to 650 million years.
Available on Amazon Barnes & Noble Goodreads

Philip Gilliver lives in Wrexham in North Wales, where he did most of his growing up. If you had to describe him, then he is one of those people who just loves putting one word in front of another to make a sentence.
Armed with a 2:1 degree in Literature With Media, he endeavours to both impress and to waiting world with his chosen compilations of letters. A multi-genre author, Philip has written books for children, adults and young adults.
So far, Philip has managed to produce six books, one collection of short stories, a play and two songs.
The adventure continues…