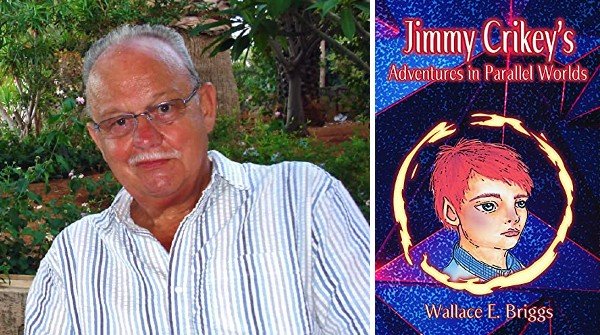 Earth is invaded by an alien species of omnivorous worm, the like of which no one has encountered before. The four guardian witches of Earth are powerless against the alien organism. It falls to Jimmy to seek the help of his technologically advanced friends on Attalia, his home planet in a different dimension. Jimmy may be an orphan, but he has friends on both sides of the universe. Jade, the apprentice witch, joins Jimmy on his quest by becoming a stow-away on Jimmy’s starship but unfortunately, they are attacked en-route, in another dimension of space, by more worms. In a touch and go drama they are rescued and recovered to the safety of Attalia where President Alpha calls upon his scientists to formulate a solution to solve the threat, not only to Earth and its inhabitants but to any civilisation in any part of the universe.
They arrive at a plausible counterattack strategy, and it is in Jimmy’s hands to deliver salvation, or die in the attempt.
Their strategy is complicated by the Wormz abilities to bore into adjacent parallel worlds and their ability to bore into their chasers. Jade becomes infected and needs the advanced technical assistance of the Attalian scientists to save her life.
The team cannot fail at the last hurdle. Will Jade recover in time to apply her special skills to help rid the world of Wormz?