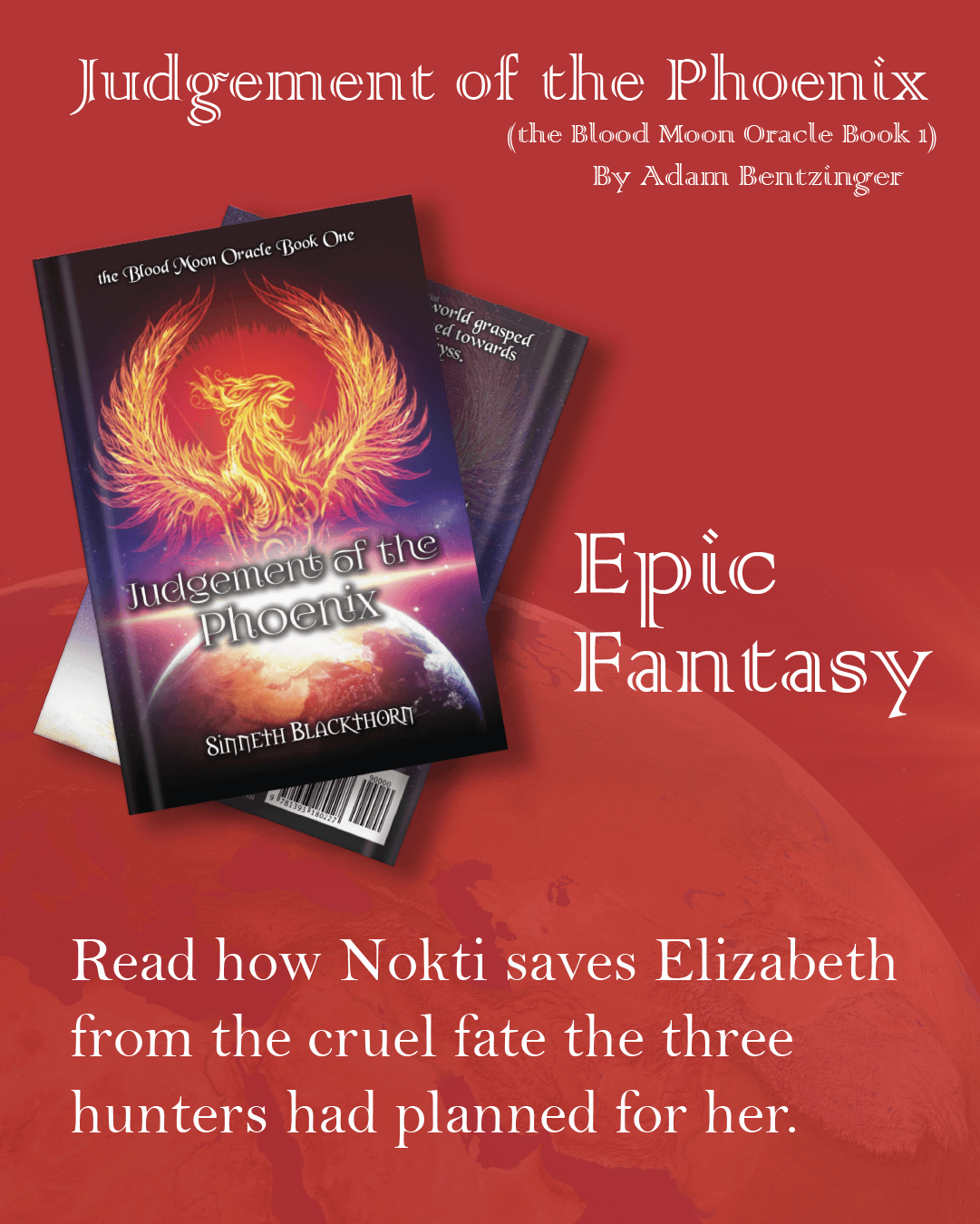 Judgement of the Phoenix

Elizabeth awakes in a frozen forest with no memories of who she was. Found by three hunters in the forest with dark intentions she tries to flee into the night. Found by Nokti, she is saved from the cruel fate the three hunters had planned for her. Elizabeth learns this world was casted into purgatory because of her. Until she can pass judgement on the world the cycle of life and death will cease to continue. When others learn of her, she becomes hunted by a mad king that refuses to give up his grasp on a broken kingdom, a demi god that wants her head on a pike and the goddess of ruin that will stop it nothing to have her blood. The world will either burn in the wake of her rage, or she will sacrifice everything to save those that want to watch her burn.