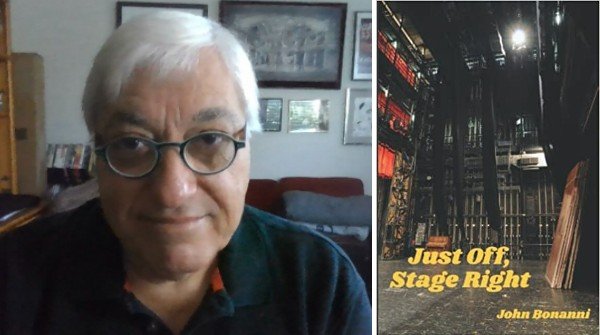 “…Bonanni keeps you entertained and engaged with stories that continually surprise. He is a wonderful guide on this unique journey backstage. You don’t know what you don’t know until you read these wonderful stories by the man who was there.”—B. Jeffrey Madoff, Author, “Creative Careers,” Theatre Producer, “Personality, the Lloyd Price Musical”

“Bonanni bleeds greasepaint. This book reveals a love affair and passion for those who have dedicated themselves to both the show and its business…” —Rob Schiller, Emmy Award-winning Director, Professor, USC School of Cinematic Arts

“Author John Bonanni’s writing vividly captures the soul of the “Showplace of the Nation” – accurately describing the majestic and awe-inspiring landmark’s beauty while perfectly bringing to life the passion and the humanity of the people who make Radio City so magical…” —Kent Fritzel, Executive Vice President, Creative American Christmas

“He walked the walk, which gives him every right to talk the talk. At RCMH, when the inmates ran the asylum, Bonanni was the only adult in the room…—Eric Titcomb, Master Electrician & Chief of Stage Elevator Operations, Radio City Music Hall

“John Bonanni creates nostalgia for a bygone slice of Americana in Just Off, Stage Right. More than just a theatre story, John stirs a curiosity for a world few of us know anything about. If you’ve ever wanted to enter through the stage door, this is the way in.” —Ron Farina, Author, “Who Will Have My Back?”

“…John’s anecdotes and insider’s view provide for a unique, behind the scenes peek into the theater world.”—Fred Schwam, former Owner and CEO, American Christmas, Inc.