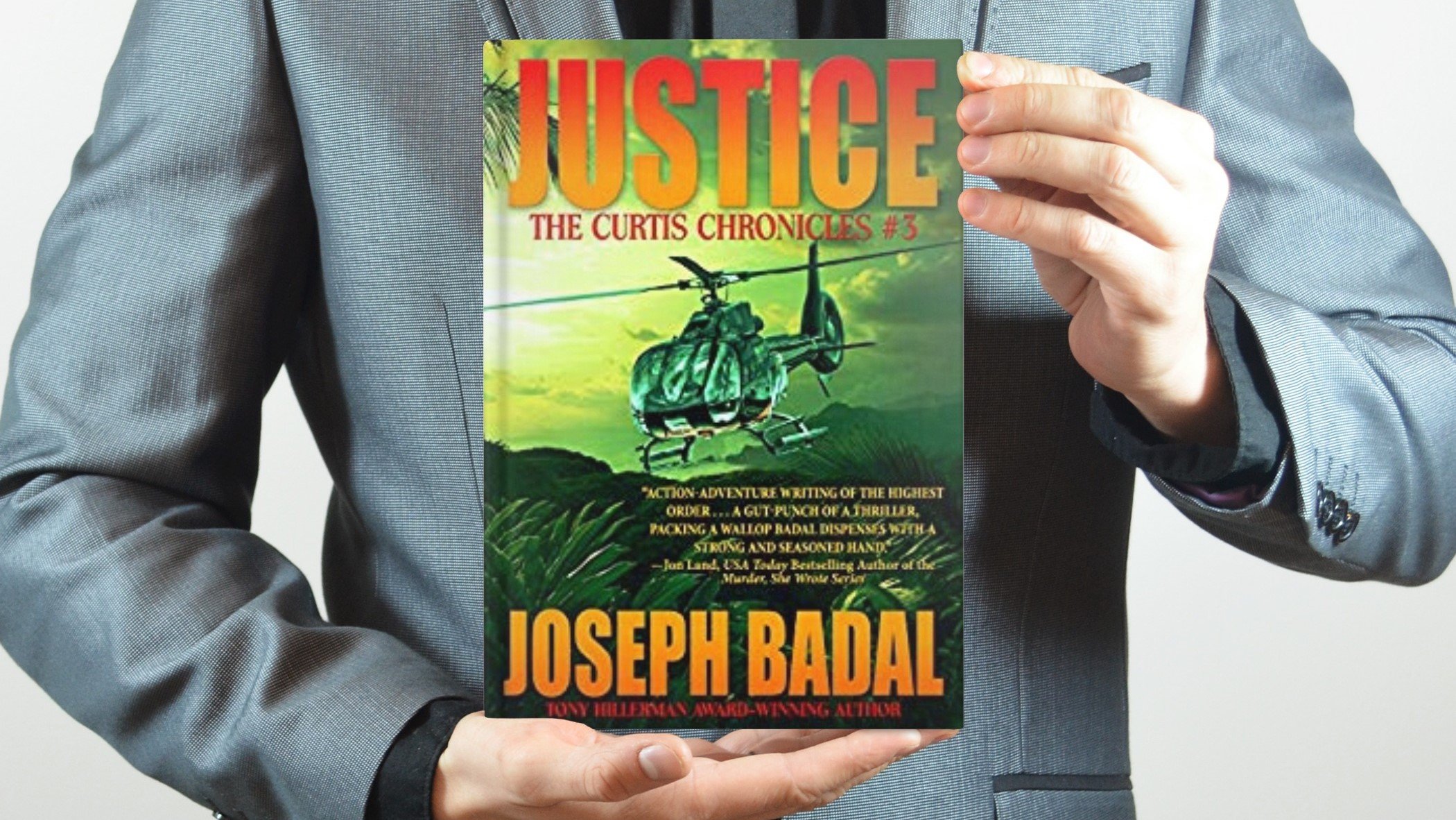 Amazon #1 Best-selling author, Joseph Badal, delivers “Justice,” the third in his Curtis Chronicles series, with the same relentless tension that is a trademark of his award-winning suspense novels.
In “Justice,” Matt and Renee Curtis return, along with their maniacal tormentor, Lonnie Jackson. On a trip to Costa Rica with their friends Esteban and Alani Maldonado, Matt and Renee believe they are beyond Jackson’s reach. They soon find out how wrong they are, however, when Jackson orchestrates the kidnapping of Renee and Alani and transports them to his human trafficking headquarters located in Nicaragua.
Matt and Esteban recruit former special operations soldiers living in Costa Rica to help them rescue their wives, sending readers on an action-packed journey.
As with all of Badal’s novels, “Justice” is a bold and complex thriller. It weaves an intricate plot involving multiple international locations, a human trafficking organization, the CIA, Special Operations, corrupt politicians, Bulgarian organized crime figures, Swiss bankers, and a compelling cast of engaging, inspiring, and diabolical characters.
The Curtis Chronicles is an epic series that delves into the age-old conflict between good and pure evil, where each book leaves you begging for more.