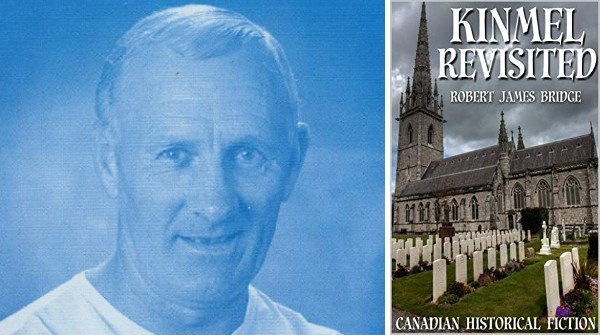 Today one could perhaps be forgiven for not noticing the small village of Bodelwyddan situated on the North Wales coast, but back in the year 1919, just after the war to end all wars, some four-hundred men of the Canadian expeditionary force stationed in the camp adjacent to the village, in 1919 the camp, and indeed Bodelwyddan, were on the front page of almost every tabloid in the country.
In 1990, author Robert (Bob) Bridge and his wife, Lilian, decided to retire from their jobs and move closer to their aged parents in Abergele, another village not far from Bodelwyddan. They purchased an old Victorian house and renovated it to more modern standards. As they proceeded, they encountered an old box in the corner. As they brushed away the dust, they saw the insignia of a Regiment that they were not familiar with. Inside that box were old manuscripts that were damp and almost unreadable, however they were able to make out the words, Kinmel Revisited.
The fascinating story told herein began to unfold of an army officer and his wife who had lodged at Abergele in 1919 during the riot at camp. You will find yourself in scenes of a long forgotten era where men screamed in pain and to the horrors that Captain George Sawley had witnessed.