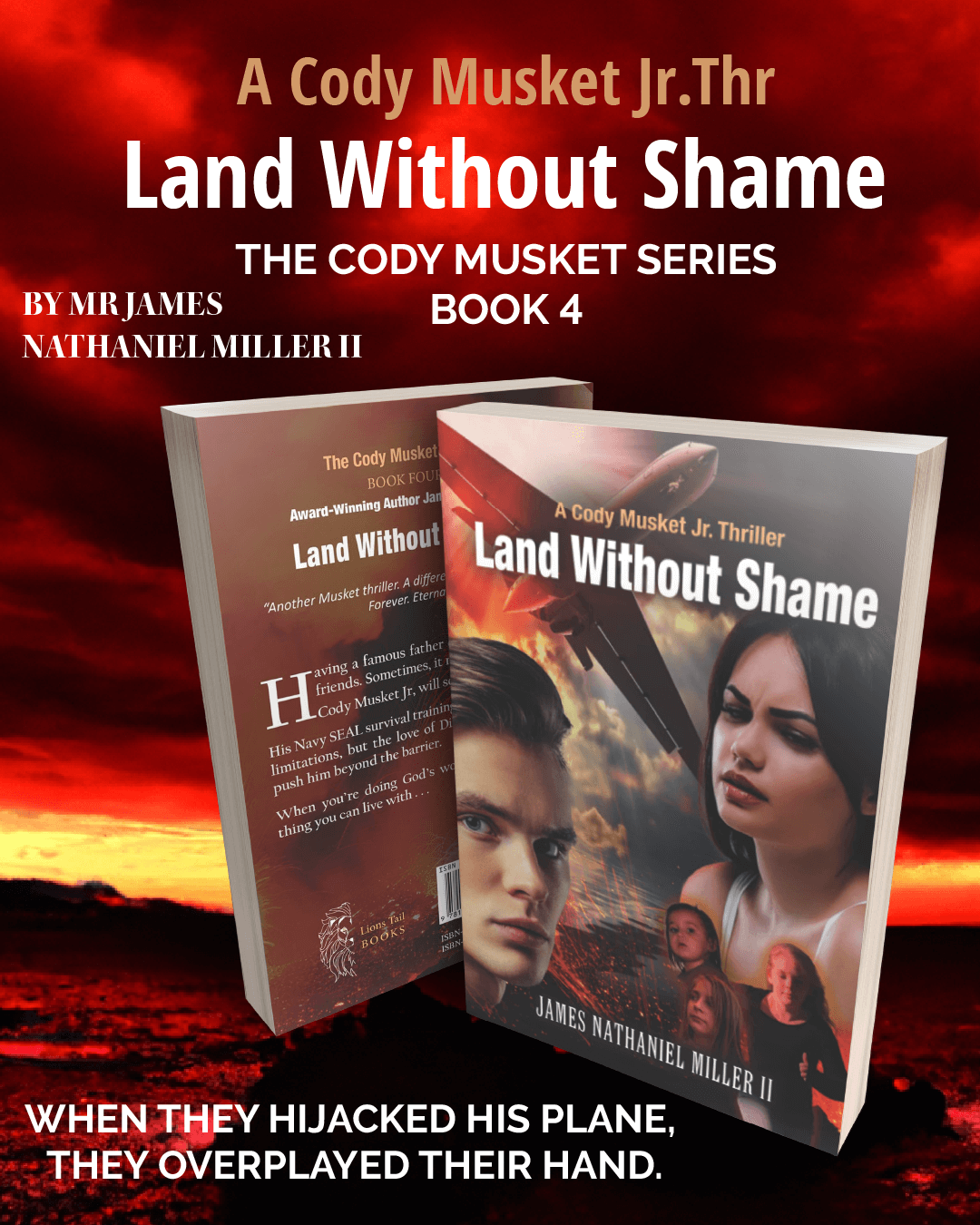 A young covert fighter is caught between his desire for vengeance and a higher calling.
Cody Musket Jr., son of the famous baseball player, has assumed a leadership role in his parents’ continuing battle against child trafficking. His SEAL survival training has revealed his strengths and taught him his limitations. Yet, he struggles with his identity: Is he an avenger or an evangelist?

A famous film star has everything she desires, except what matters.
Diamond Casper is an Oscar-winning actress. But her beauty has not brought her peace or love. No one likes her. She doesn’t even love herself.

Diamond and Cody, two strangers, are cast together after their commuter flight has been hijacked. It crashes near an uncharted Caribbean island which they soon discover is a gold mine sitting under a volcano. The mine uses homeless underaged laborers.

When the volcano begins to erupt, they must team up to free the children and escape the island. A true thriller, a moving love story, and a tale of honor and redemption.

AWARD WINNING AUTHOR JAMES N. MILLER has been described as a realist, comic, writer, and entrepreneur. He is a gifted speaker who has entertained thousands, and his inspirational tweets and posts have traversed the world. He became a writer, he says, because he has things he wants to say. He is a fiction author and sometimes contributor for The Liberty Beacon worldwide media group.

He is a pilot with over 8000 hours in the air, a former business owner, a husband, father and grandfather. He lives in Waco, Texas with his wife Carla.