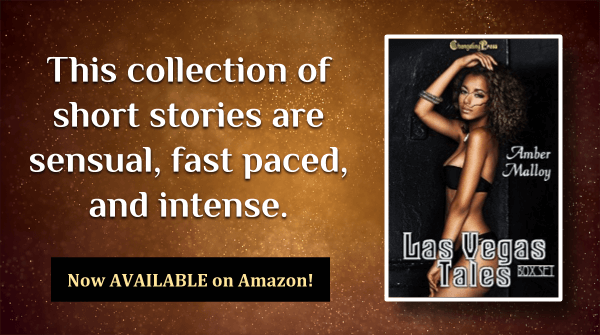 Even love takes a vacation in Sin City every once in a while.

Four brown beauties tumble head first in love in the last place on earth anyone would look for it… Las Vegas!

The Guardian: Jack Stone has inherited his family’s casino. The only problem? The mob wants it more than he does. If he doesn’t play his cards right, he’ll end up dead. When his high school sweetheart drops back into his life, Jake’s got an even tougher decision — should he trust the beauty with his life and heart — again?

High Art: A brilliant painter, Bebe Noel has the goods to make it to the top… just not the social skills. With her financial situation in limbo, she must turn to her deceased benefactor’s husband for help. Will this new arrangement become lucrative for the both of them or fizzle out before it can even get started?

Beauty and the Boxer: Middleweight boxer Cristiano Díaz is in trouble. Unless he can score a quickie marriage he will be deported. He has his eye on a sexy baker, and she’s the only one he wants. Can the boxer convince the curvy vixen to marry him, or will he get knocked out before the first round?

Run, Pussycat, Run: Sullivan McNeill comes to Vegas to snatch lounge singer Kitty Carmichael, the love of his life, away from the bright lights of Sin City. When he finds out she’s trapped in a contract with the devil, he has to figure out a way to save her or lose the woman who holds his heart forever.