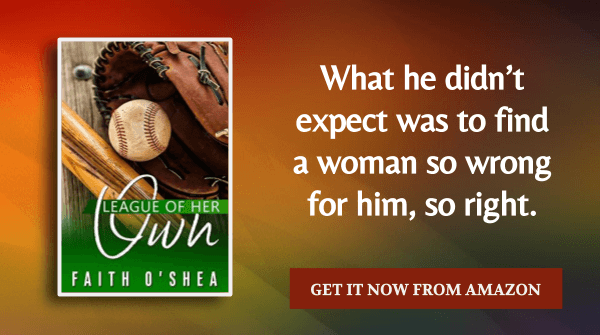 Geneticist Fiona Barrows was working below her pay grade as a dog walker, but she was only doing it until she could find a more appropriate job. It was taking more time than she’d anticipated but she’d come to appreciate the downtime as a respite after years of study, test tubes and analysis. Little did she know that the job would become more about handling the ball player who’d come to stay, than merely walking the Weim in the rain. The Brazilian was insufferable and arrogant, and more challenging than her doctoral thesis.

Enrique dos Santos had recently been traded to the Greenliners, one of Boston’s hometown teams. Known for his partying skills and his attitude, he’d been warned to change his behavior if he wanted to play ball, so he’d committed himself to changing his ways. Thinking the only way to do that was to settle down, he’d penciled in a trip to Brazil to search for a bride. He expected Fifi to keep him on the straight and narrow while he attended the mandatory two-weeks of practice under the infield coach.

What he didn’t expect was to find a woman so wrong for him, so right.
Available on Amazon Goodreads