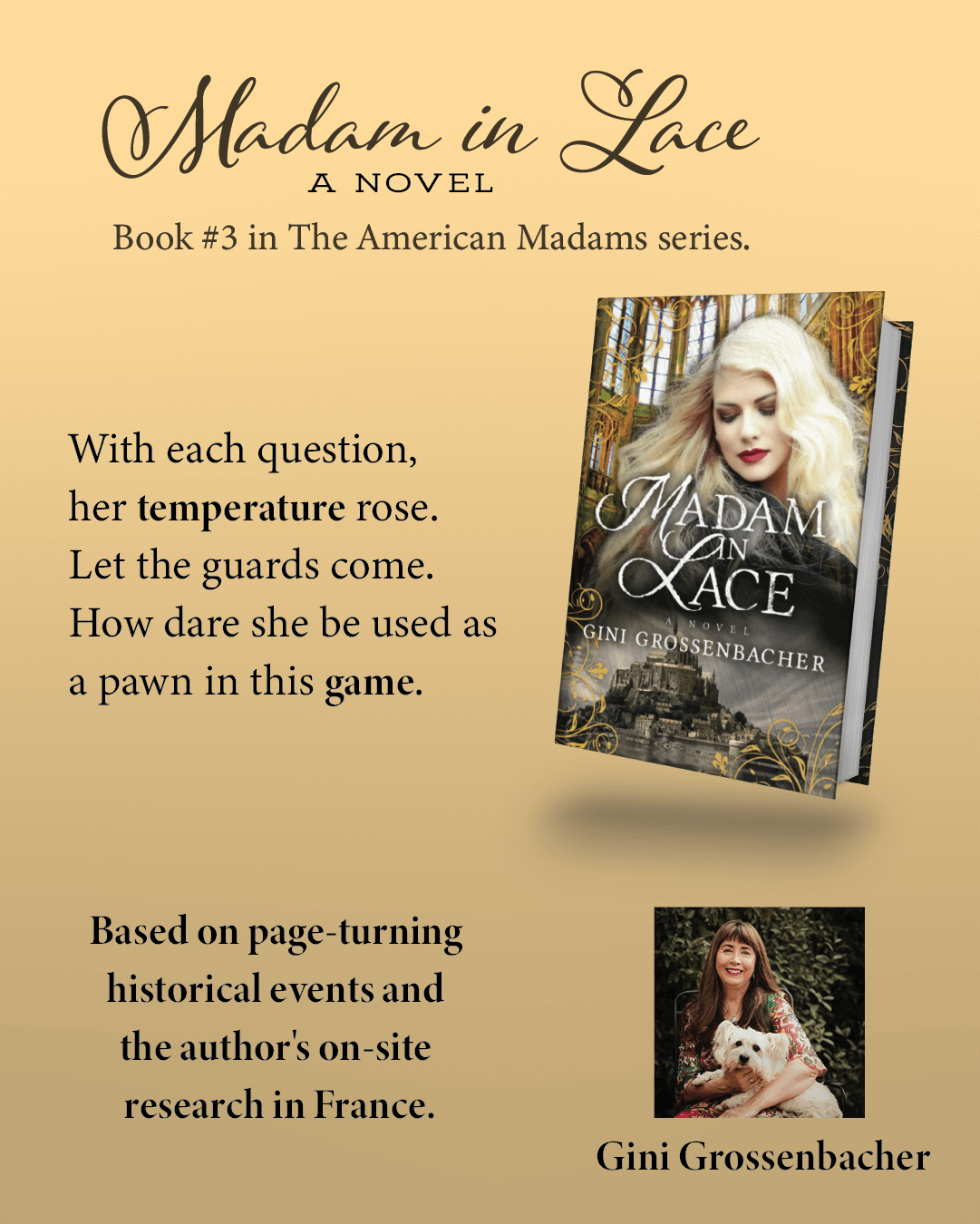 With each question, her temperature rose. Let the guards come. How dare she be used as a pawn in this game.

Montmartre, Paris, 1857. Desperate to find her missing mother, San Francisco’s Celeste Bazin arrives in her native France only to meet the captivating Carlo di Rudio and a band of revolutionaries who wish to overthrow Emperor Napoleon III. If she acts as a courier for the group, they will take her where rumor says her mother lived. Celeste journeys with the ruggedly handsome Odeon through checkpoints thick with imperial guards, secret agents, and devious spies. The further she travels the more she realizes the power of her mother’s secrets and the web of possible lies that entangle her. Only when she joins the plot to assassinate the emperor does she realize the impact of lies and the depth of love that has no national boundaries. Book #3 in The American Madams series.

Based on page-turning historical events and the author’s on-site research in France.

Gini Grossenbacher taught high school English until she abandoned grading term papers to write historical novels instead. She loves researching the history behind her novels, and enjoys traveling to the settings where they take place. In addition to writing her own historical novels, Gini leads small writing groups and coaches other writers. Her hobbies include needlepoint, nature walks, and Scrabble. She lives in the Sacramento Valley where she grew up, east of San Francisco.