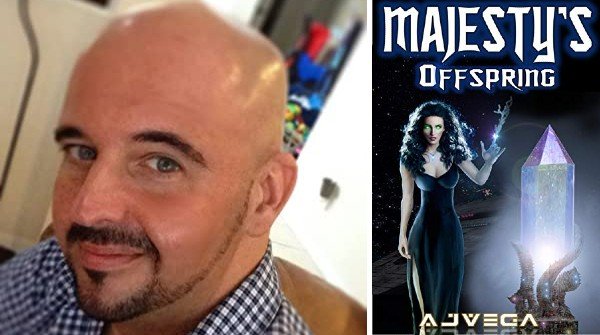 “In the end, it was our children that saved us.
They sacrificed themselves to stop that bitch from having children of her own.”
—General Hugo Valdez
United Earth Parliament (UEP) Planetary Infantry Corps
January 2074

More than a century ago, UEP Captain Julius Verndock helped end a galactic war with Majesty—the first truly living machine, thanks to manmade artificial intelligence. For decades, Majesty and humanity had lived together in harmony, with mankind reaping the benefits of a world free of disease, famine, and even aging.

But when Majesty decided she wanted to “birth” her own A.I. offspring creation, a joint interplanetary military effort fought and finally defeated her, then eradicated all existing artificial intelligence … or so they thought.

Today, in 2213, Julius Verndock is still a captain—but now he’s the commander of the Sea Wolf, a spaceship used to advance its crew’s life of piracy. As Julius and his business partner, Laina Edwards, begin to each think about leaving the pirate life behind, their hopes for a peaceful retirement are shattered … by an A.I. being who calls herself Chorus and claims to be the “daughter” of Majesty.

With universal uproar over the discovery of A.I. and the danger it poses, Julius and the rest of the Sea Wolf contingent have no one to trust—but Chorus, and she insists that she wants only peace between mankind and herself.

Hunted by warring factions—and an even greater, more mysterious threat—Julius, Laina, and their colorful crew of fellow pirates must protect Chorus or risk letting her fall into the wrong hands … to unleash yet another interstellar conflict that could end in the death of mankind.