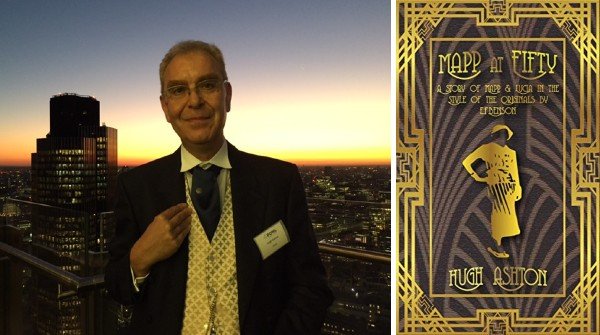 Elizabeth Mapp-Flint of Tilling is approaching her fiftieth birthday, and plans a party to celebrate the event. However, as so often happens in Tilling, things don’t go entirely according to plan, as Major Benjy, her husband, over-refreshes himself at the party, and presents her with an entirely unwelcome birthday gift. Meanwhile, Emmeline (“Lucia”) Pillson and her husband Georgie, together with the rest of Tilling look on as Elizabeth’s sister, the existence of whom had been hitherto unsuspected, visits Tilling and exposes a few family secrets.

Mapp at Fifty is written in sincere tribute to the original Mapp and Lucia novels by E.F.Benson, comic but yet sympathetic portraits of middle-class society in England in the 1920s and 1930s.