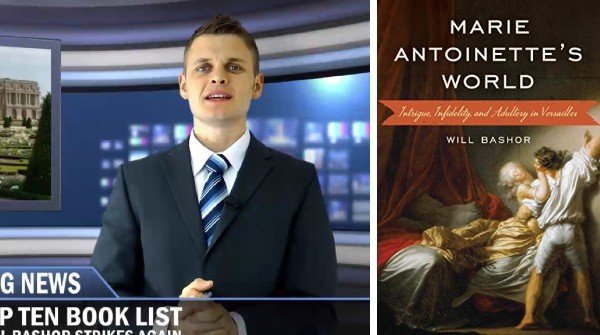 This compelling book begins on the 2nd of August 1793, the day Marie Antoinette was torn from her family’s arms and escorted from the Temple to the Conciergerie, a thick-walled fortress turned prison. It was also known as the “waiting room for the guillotine” because prisoners only spent a day or two here before their conviction and subsequent execution. The ex-queen surely knew her days were numbered, but she could never have known that two and a half months would pass before she would finally stand trial and be convicted of the most ungodly charges.

Will Bashor traces the final days of the prisoner registered only as Widow Capet, No. 280, a time that was a cruel mixture of grandeur, humiliation, and terror. Marie Antoinette’s reign amidst the splendors of the court of Versailles is a familiar story, but her final imprisonment in a fetid, dank dungeon is a little-known coda to a once-charmed life. Her seventy-six days in this terrifying prison can only be described as the darkest and most horrific of the fallen queen’s life, vividly recaptured in this richly researched history.