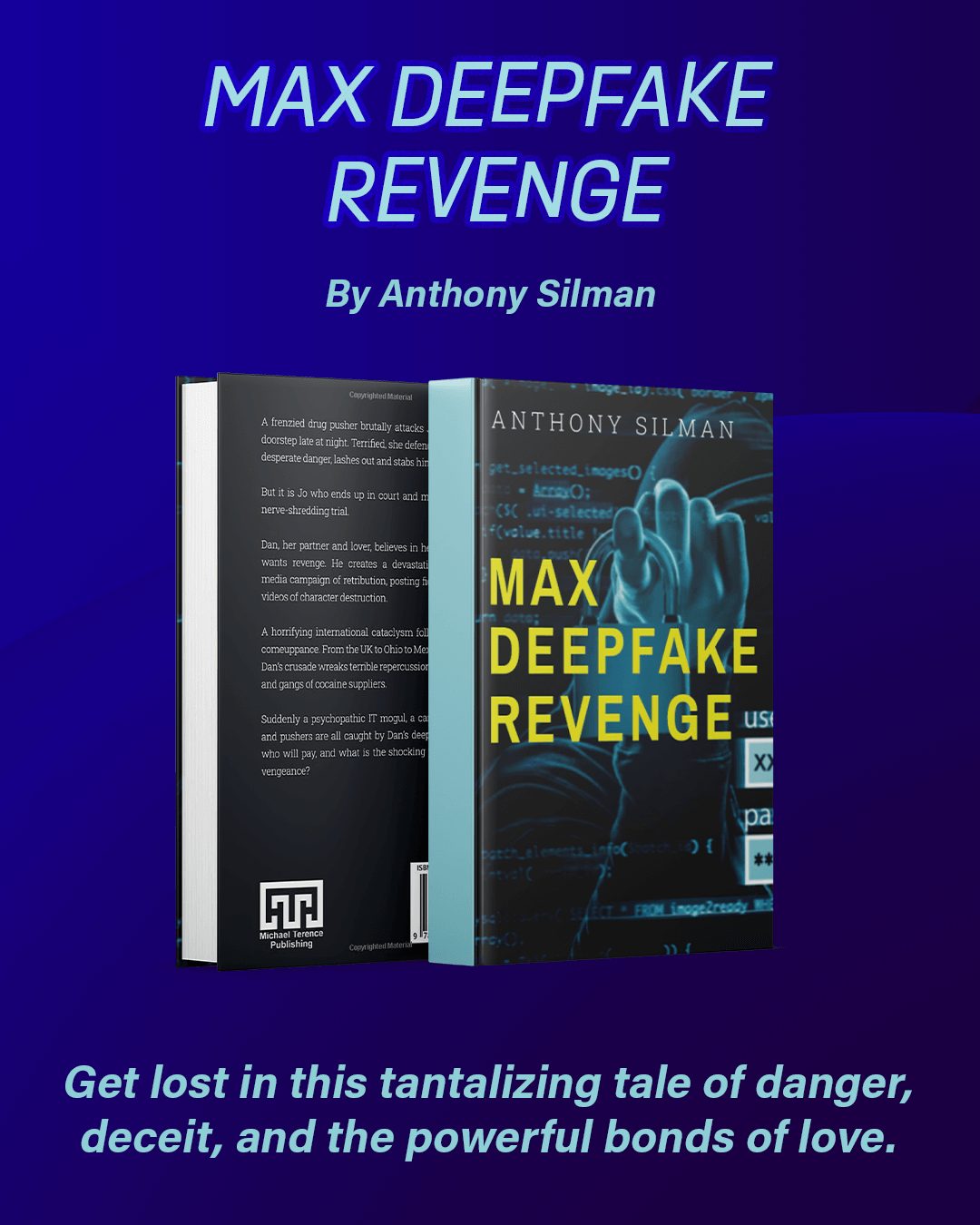 A frenzied drug pusher brutally attacks Jo Hadge on her doorstep late at night. Terrified, she defends herself and, in desperate danger, lashes out and stabs him.
But it is Jo who ends up in court and must face a tense, nerve-shredding trial.
Dan, her partner and lover, believes in her innocence. He wants revenge. He creates a devastating sham social media campaign of retribution, posting fictitious deepfake videos of character destruction.
A horrifying international cataclysm follows his brilliant comeuppance. From the UK to Ohio to Mexico and Ecuador, Dan’s crusade wreaks terrible repercussions on the families and gangs of cocaine suppliers.
Suddenly a psychopathic IT mogul, a cartel boss, dealers and pushers are all caught by Dan’s deepfake sting – but who will pay, and what is the shocking price of a lover’s vengeance?

About the Author: Anthony Silman

Tony has been writing for most of his life, from editing a group of newspapers to copywriting to creating speeches and scripts for global company conferences and videos.

His news and research instincts, combined with his interests in emerging technologies and new media, are the essence of his books which, although fiction, have a core of fact and real-life occurrences.

Tony lives in Wiltshire with his beloved wife Sarah.