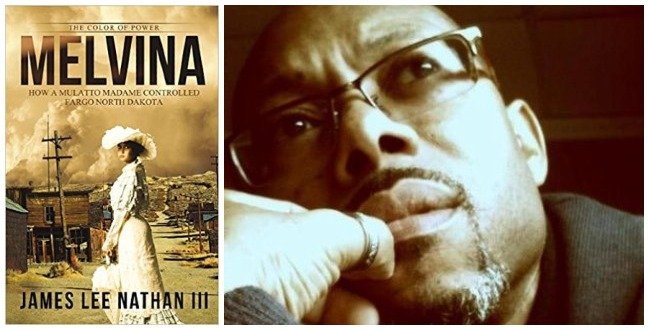 The historical Melvina Massey, was a complex soul.  Our story opens in 1884 with the discovery of a murdered prostitute in Deadwood, South Dakota. U.S. Marshal Seth Bullock arrives at the scene and reviews the evidence splattered over the body. He then decides that it is time to interview the most notorious Madam in the Red River Valley, MELVINA. What made Melvina Massey so mysterious? Was it her racial ambiguity, or the fact that she leverages this at every turn? Why do prosecutors set up fake witnesses to convict her? How does a 63-year-old woman pass for 49, was she really that beautiful? Was she a successful brothel owner or bootlegger, which is true? In 1900, an older seductive woman in her 60s rides a lonely train car. Her destination is far different today than it was twenty years ago. She closes her eyes and remembers that first trip to Fargo. Back then in 1881, she shares a car with a very pretentious young woman, dead set on evangelism and ridding the northern territory of the scourge of mankind. ALCOHOL. The woman clad in black from head to toe, her red hair and snow white skin are a perfect contrast to her drab clothing. Juxtaposed to the drab and righteous, sits the opposite in every way. Melvina is 40 but looks at least 20 years younger, fashioned in white to include her bonnet, shoes, and umbrella. Melvina, the mulatto from the east. Her presence takes the air out of the room, a woman so striking that most do not venture to guess her ethnicity. Melvina Massey is every inch of seduction. Unsolved murders, deceit, sickness, political intrigue, statehood, affairs of the heart, will come to pass, but bitterness will stand between these two women until the end. Come with me as I take you on a journey back in time, to discover a family’s distant relative and the true color of power… MELVINA. This is a speculative historical fiction based on the real Melvina Massey, written with permission from her descendants.
Available on Amazon

I read this recently on a business trip and was absolutely engrossed in the story. James Nathan’s historical / fictional account that brought this story to life was amazing. I was disappointed when the story ended but then surprised again by the additional historical insights and the “after the story” story. Great read… couldn’t put it down… If you are interested in stories with historical basis this one is for you…absolutely!

James Lee Nathan III (JLN3), is the self-published author of three novels and nine novellas, spanning many speculative fiction sub-genres. JLN 3 is best known for his scifi erotic crime drama series Robert Manis and No Brakes, both of which are best sellers on the leanpub author platform. His latest works, CRIME-PHYTER, and Ibrahim Unites introduce readers to his Next Level Fiction experience. Recently he has written a historical fiction entitled ‘Melvina The Color of Power’. An accounting of the real life of Madam Melvina Massey and her descendants. Melvina Massey was a mulatto slave, who later ran the Crystal Palace brothel in Fargo North Dakota for 20 years. She was also an infamous bootlegger.