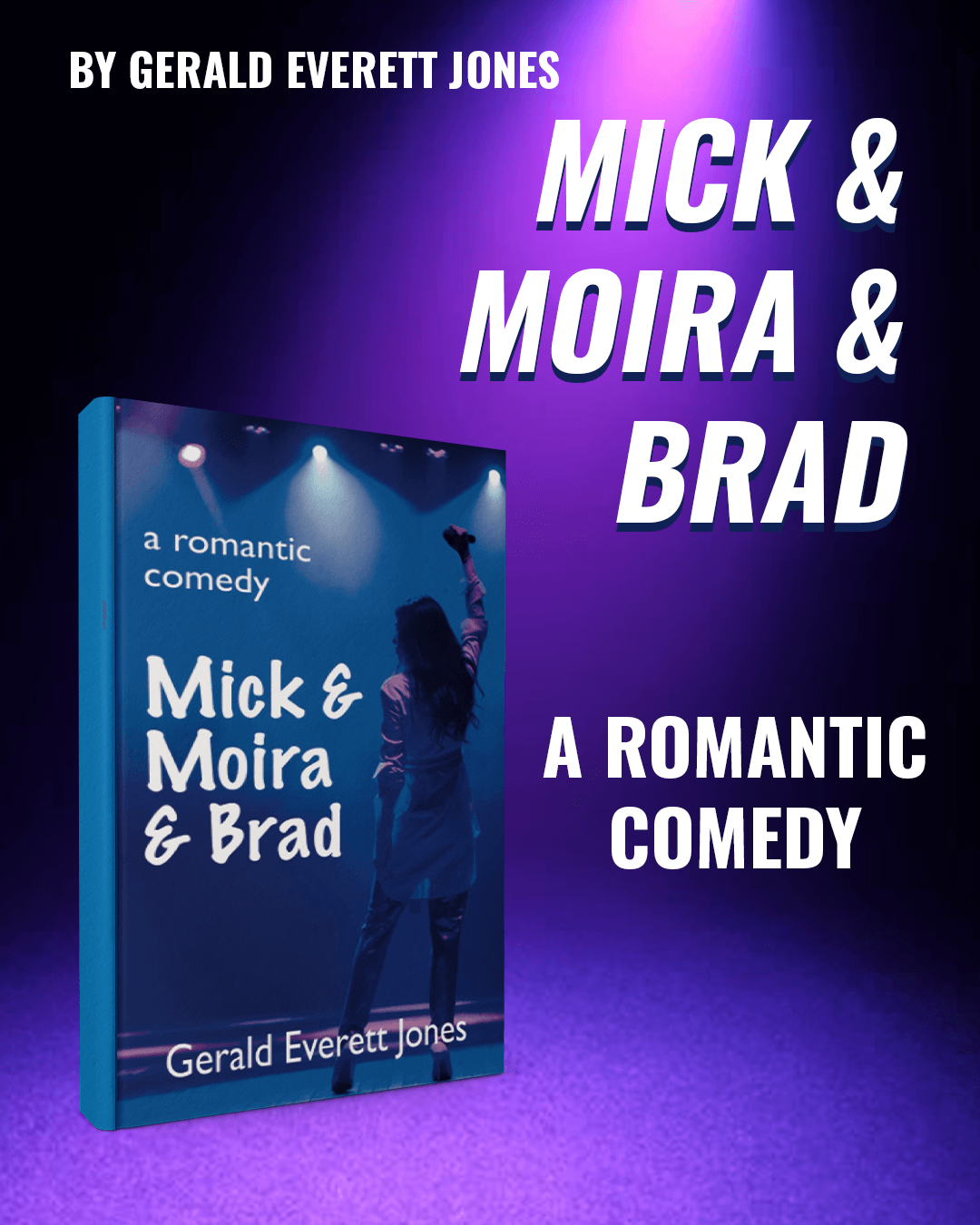 If you’re a fan of pop music and you’re curious about what goes on behind the cameras – you’ll enjoy this ride!

Mick McGraw is an aggressive Hollywood agent who reps famous singers. Moira Halimi-Joubert is a headstrong criminal defense attorney who studied opera. Brad Davenport is an arrogant billionaire hedge-fund manager who has a soft spot for dogs. Mick wants to make Moira a superstar, but she may have to dump Brad. What does the battle of the sexes look like when the combatants are equally matched—and might actually like each other? #MeThree?

The twisty plot takes you inside a big-time movieland packaging agency as Mick’s team scrambles to put together a stadium concert patterned on Cher’s “Farewell Tour.” The superstar they’ve scheduled has canceled just nine weeks before opening night. They need a totally new show theme – and a new star. With Moira in the role, her “Follow This!” show brings back famous names and songs from pop culture – and surprises everyone, including Moira, who must decide whether to pay the high price of fame.

The contentious but lighthearted story of Mick & Moira & Brad engages this trio in a “full and frank exchange of views.”

About the Author: Gerald Everett Jones

2020 – First (Gold) and Second (Silver) place in the Mystery category of NYC Big Book Awards for “Preacher Finds a Corpse” and its sequel “Preacher Fakes a Miracle.” IPA Distinguished Favorite in Mystery, Eric Hoffer Finalist in Mystery for “Preacher Finds a Corpse,” IPA Distinguished Favorite in Literary Fiction for “Clifford’s Spiral,” Eric Hoffer Finalist in Business for “How to Lie with Charts.”

Gerald says, “I write mystery-thrillers and literary fiction for adult readers who seek insight, fascination, and delight in the adventures of their own lives.

When I was in high school, my chemistry teacher approached me and asked with a sly grin, ‘You interested in mining?’

I told him absolutely not. I was going to be a writer.

Little did I suspect that he wanted to send me to a student conference on metallurgy where I could seek the fellowship of like-minded teens on a minimally supervised road trip to the Big City.

Undeterred by my abrupt negative response, he grumbled, ‘Well, you’re interested in mining your own business, aren’t you?’

And he sent me anyway.

Now I realize I should’ve listened more carefully to everything he said.”

He holds a Bachelor of Arts with Honors from the College of Letters, Wesleyan University. He is the author of 12 novels, most recently “Harry Harambee’s Kenyan Sundowner,” the Preacher Evan Wycliff mystery-thriller series, and the psychological literary novel “Clifford’s Spiral.” He wrote a series of three satiric Rollo Hemphill misadventures, the adult melodrama “Christmas Karma,” the crime story “Choke Hold,” the father-son comedy “Mr. Ballpoint,” and the historical thriller “Bonfire of the Vanderbilts.” He co-authored the nonfiction memoir “The Light in His Soul: Lessons from My Brother’s Schizophrenia.” He has also written more than 25 nonfiction books on business and technical subjects and is an award-winning screenwriter. He is a member of the Dramatists Guild and the Women’s National Book Association, as well as serving on the board of the Independent Writers of Southern California (IWOSC). His business title “How to Lie with Charts” has become something of a classic on the subject of presentation design and has been adopted as courseware at some universities. He is the host of the GetPublished! Radio show. Learn more at geraldeverettjones.com.