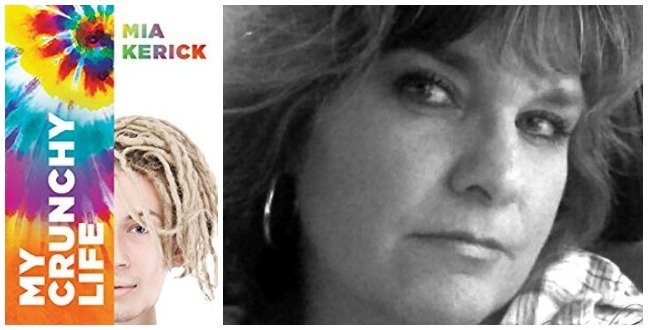 Every hippie worth his salt fights for a cause, and if sixteen-year-old Kale Oswald wants to call himself a true hippie, he has to do more than looking the part. He has to stand for something, so he chooses the local human rights organization… where things don’t go as planned.

Julian Mendez is fresh out of the hospital because he thought swallowing a bottle of pills would be easier than admitting to his mother—and all the kids at school—who he really is and longs to someday live as a girl named Julia. His medication might stop his body from developing into a man’s, but it won’t make facing his fellow students any easier. Because he plans to move forward with his transition—there was never any other choice.

Sexuality and desire aren’t the only facets of themselves Kale and Julian discover—and struggle with—as they get to know each other through the human rights organization. Some sides of themselves are easier to accept than others, but before they can move on—to friendship and maybe more—they’ll both have to take a hard look at what they want to become.

Mia Kerick is the mother of four amazing kids—a daughter in law school, another in dance school, the third studying at Mia’s alma mater, Boston College (Go Eagles!), and her lone son still in high school.  She writes YA LGBTQ fiction when not editing National Honor Society essays, offering opinions on college and law school applications, helping to create dance bios, and reviewing English papers. Her husband of twenty-four years has been told by many that he has the patience of Job, but don’t ask Mia about this, as it is a sensitive subject.