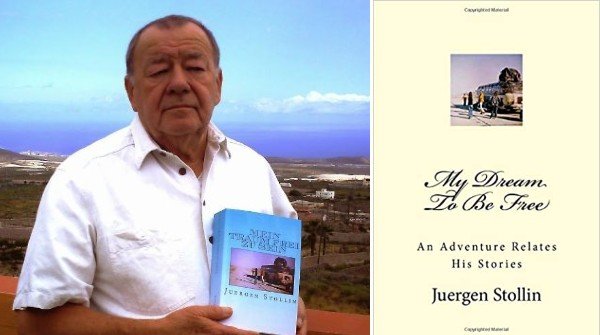 The book tells the extraordinary story of a life and welcomes you to a journey going over seven decades. It tells of a boy, who was never satisfied during the post-war era. Of his dream to travel on the world’s oceans. And of how he gets his fulfillment by indirect means. Yet the dream is simultaneously a curse – once he has experienced the wide world, he cannot get away from it ever again. The marriage with an Asian woman does not bring the expected fulfillment in life. And after the end of the sailor’s life, there are some failed independent undertakings on land. The young man can face up to his responsibilities only with difficulty. He forces out the exigencies of a so-called normal life, his eyes are simply closed to realities and necessities. A carefree hippie life is a part of escaping from the compulsions of the society. Whether naked in Goa or on the way by bus to Nepal. the main character can look back at many things. He talks of smuggling drugs to Australia. Or about how he delivers “bad checks” at the Wall Street in New York – and he does not mention leading an organized life. The search for freedom takes precedence always. Yet in reality, it is probably a case of running away from responsibilities. But where does one arrive if one always runs away? Not always at places, which the most of us know only from travel guides. Sometimes also you will run into incredible and not only harmless situations. Many restless years of adventurous and risky “businesses” later, a person steps into his life, who again overturns everything. This person finally achieves the dream of freedom. A very interesting, exciting, adventurous and almost novelistic biography – not suitable for insistent nitpickers or people, who come five minute too late to office and are convinced that it is the end of the world.