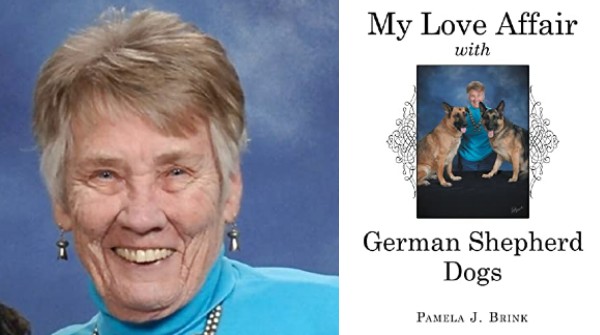 Pamela Brink has lived in harmony with German Shepherds since she can remember. She has fiercely loved them and lived with the heartbreak of losing them. In between, she has bred her dogs, trained and showed them in obedience and rally, and guided them to win prizes including a Best in Show. In short, her life has been blessed by the devotion of these marvelous dogs.

In a vivid chronicling of her life with her dogs, Brink begins by detailing her early years in the Phillipines where she came to love animals in general, her three-year imprisonment under Japanese guards, and later her life in the United States and Canada as she welcomed German Shepherds into her home and transformed not just their lives, but also her own in the process. While revealing the very different personalities and behaviors of her dogs over the years, Brink also divulges how she eventually became a breeder and trainer who produced beautiful dogs to show
professionally.

My Love Affair with German Shepherd Dogs chronicles the experiences of a breeder and trainer as she reveals the personalities and behaviors of the beloved animals that touched her life.