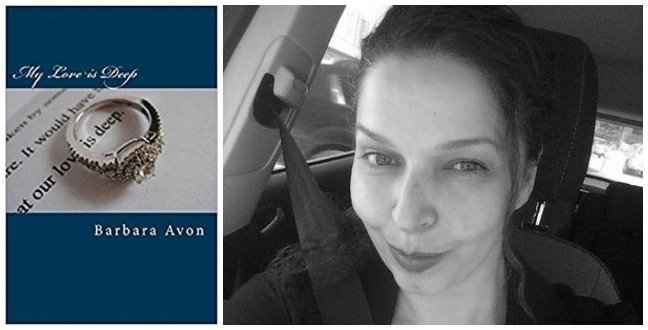 “I’m not ashamed for having loved. It is, I was once told, the best reason for dying and the only reason for living.”

Peter Travis is an attractive, single man in his 50’s. Yet he’s lonely. He was engaged once but his heart is empty now. He lives a quiet life in the country, just outside of Ottawa and although he has had his fair share of offers, he refuses to date. One woman remains on his mind and even more so now, after he receives a letter. After nearly 20 years apart, she’s invited him to meet her once again, at the tree in Niagara Falls where they were engaged in 1986. Peter must fight with his own demons and summon the courage to reunite with his true love, a feisty Italian beauty who approached him in a bar in downtown Ottawa in the 80’s. Will he have the courage to put his heart on the line once again? What forces will prevent them from rekindling their love? Book one in the trilogy, “My Love is Deep” is set in the year 2000 with 1980’s flashbacks, describing a love that many of us seek and some never find. Above all else, it will remind you to love deep, always.

“My Love is Deep. The first book of a trilogy.”

Five Star Review on Amazon by Colette A.

I have just finished a wonderful book written by Barbara Avon, My Love is Deep. It is the first book of a trilogy and I look forward to reading the next two books.
The characters are very believable because they have no magic powers, but the power of Love.
The story is based on Briana ‘s story that she tells Peter when she first met him. They grow into responsible, caring people that eventually learn to forgive and love again even though secretly they never stop loving each other. Briana has many wonderful insights on life, from faith to matters of the heart and I love that she is caring and has a big heart. A good example is what she does with the money Peter finds!
I really enjoyed this book because it was entertaining and moving. The author keeps you guessing about meeting twenty years later, which is one of my favourite part of the novel. This book taught me to always move on, yet never forget! It’s the kind of book you can’t put down, you become addicted to it from page one!
I would recommend this book to anyone who believes in Love.
I am certain this book will become a best seller!

Barbara Avon is the author of eight novels. A romantic/suspense trilogy, a two part romance/time travel story, a stand-alone time travel/suspense romance and a two part thriller/romance. She is also the author of three children’s books. In 2017, Avon won second place in FACES Magazine “Best of Ottawa” awards in the female author category. In 2018, she was once again nominated and won in her category. Her books have been received favorably across the board, entertaining readers with an almost “movie-like” quality. Barbara has written since she was young, pursuing her dreams and vowing to write for as long as she can. She has worked at several different media publications and will continue to publish novels until “her pen runs dry”. She believes in paying it forward and you can read about this belief as the theme is given voice in most of her books. Avon lives in Ontario, Canada with her husband, Danny.