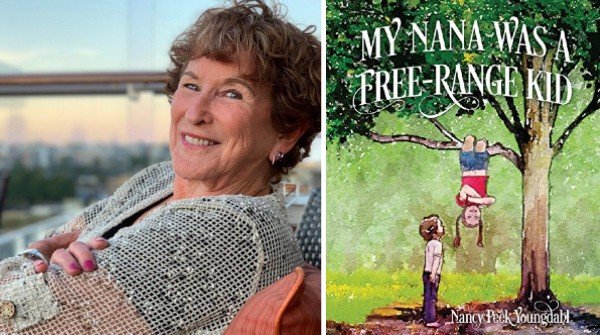 My Nana was an Outrageously Mischievous kid. In the 1940s and ’50s, children were allowed to run free, play outside, and use their imaginations—without parents constantly hovering over them and fearing for their safety. In her own small town in North Carolina—with very little traffic, and neighbors who actually knew each other—Nana was no exception to the free-range kid phenomenon. But as an outrageously mischievous child that was left to her own devices, she sure got into some amazing and hilarious adventures. It was a glorious time to be a child! Both of Nana’s parents worked, so she and her brother were often unsupervised. They wreaked havoc most of the time, thus living an exciting childhood. Nana’s stories—told to her great-grandchildren—are all true. She relates how her family and neighbors survived in spite of her and is quick to let her great-grandchildren know what not to do. As she says, if she had lived as a child today, she’d probably be locked up in a juvenile home!