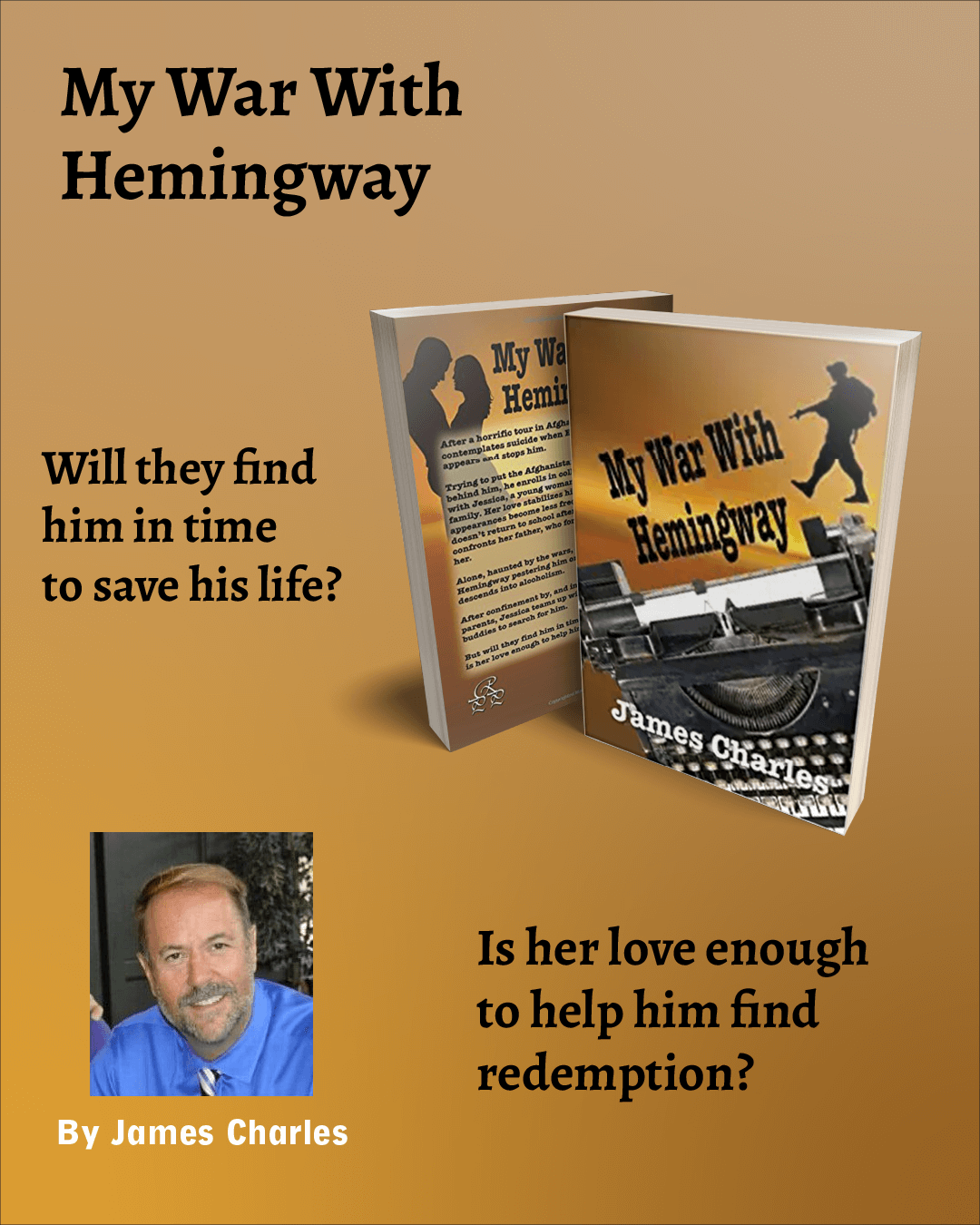 My War with Hemingway

Will they find him in time to save his life?

Zach, a young veteran, contemplates suicide after a horrific tour in Afghanistan when Ernest Hemingway appears and stops him. He enrolls in college where he falls in love with Jessica, a young woman from a wealthy family. Her love stabilizes him, and Hemingway’s appearances become less frequent, until she doesn’t return to school after break. He confronts her father who tells him he is not to see her again. Alone, haunted by the wars, and with his friend Hemingway pestering him, he descends into alcoholism. Teaming up with one of Zach’s army buddies, and in defiance of her parents, Jessica searches for him. But will they find him in time to save his life? And is her love enough to help him find redemption?

James Charles is a U.S. Army Veteran and served in The Middle East, Honduras, Europe and the United States. He retired as an administrator with the Los Angeles Unified School District and has written six novels. He now lives in Hawaii.