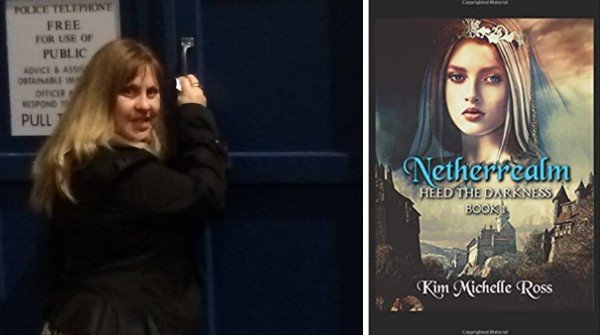 Netherrealm tells a twisted tale of reincarnation, romance, intrigue, sex, war, and murder in 12th century England. Bethany de Lise, Elena de la Chatelaine and Alice, a Saxon servant, have shared a bizarre dream of visiting a nearby stone circle. It’s a hot 1133 summer’s day when against Bethany and Alice’s better judgment, Elena dares the girls to accompany her to the mysterious henge. On the same day and at the exact hour in another century Jared Ashbourne has also gone to the same stone circle in 2003; he too has had an odd dream. Somehow, a time slip connects medieval England with the 21st century. Bethany de Lise soon learns her dreams are now linked to a strange woman named Dayna in another time, and Bethany is also experiencing whatever happens to Dayna. Jared too has acquired a direct feed into the mind and soul of a 12th-century knight, Gerrat de Ashbore. And Gerrat is the man Bethany loves but Elena also desires him and she has vowed and is willing to stoop to have him at all costs. Netherrealm Book 1: Heed the Darkness is the scintillating debut novel of Kim Michelle Ross, she weaves a love story that transcends the boundaries of time. This is a sophisticated and authentic medieval fantasy about love and betrayal in an age of anarchy. If you like historical fiction with a large dash of fantasy then settle in for a unique excursion to 12th century England. This is a mature novel with a core of mysticism, time portals and murder. Highly recommended for anyone who loves historical drama, mysticism, romance and intrigue. — Amazon Review This novel won a Silver “Recommended Read” Badge in the 2019 Author Shout Ready Reader Awards.