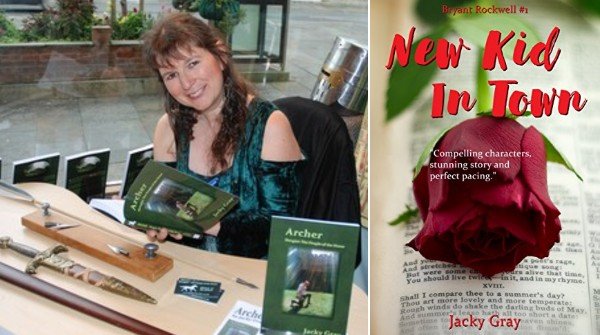 Liv, Jude and Kat are greater than the sum of their parts. Separately they are Brainy, Sporty and Arty. Together they are invincible. Until Drop-Dead-Gorgeous Ray wheels up.

The intravenous chocolate, hatred of sports and loss of her partner-in-crime have taken their toll on Liv, leaving her flabby, unfit and best-friendless. Add in a wicked tongue, lack of boyfriend, and a mortal enemy determined to destroy her, and you’re pretty much up-to-speed.

Liv’s life isn’t a complete pity party: Jude, sporting superstar, and Irish songbird, Kat, have her back. And her front, when it’s not bursting out of a blouse two sizes too small. As they prepare for the school show and looming exams, Ray explodes on the scene, taking no prisoners.

Every girl wants a piece of the new boy in town, but wheelchair-bound Ray chooses Liv’s group with devastating results. He trades insults with Liv, lusts after Jude in her ice skating dress, and upstages Kat when he hams up Shakespeare in their English class. As his presence threatens the life-long friendship, Liv becomes convinced he hides a dark secret.

Described as a pitch-perfect blend of drama and romance for fans of “10 Things I Hate About You” and “Glee,” this young adult story is snappy, eclectic and edgy. An enjoyable read which will appeal to anyone with a sense of humour and an ear for the ironic.

Dealing with issues of self-image and peer abuse, this well-written, intriguing series shares many elements with “13 Reasons Why” as the complex characters grapple with issues such as sexuality, bullying and misread signals. It gives a convincing depiction of mercurial teenage relationships and that dreadful sense of hope and fear combined around transforming friendships into relationships when you don’t quite dare take the plunge in case your feelings aren’t reciprocated.