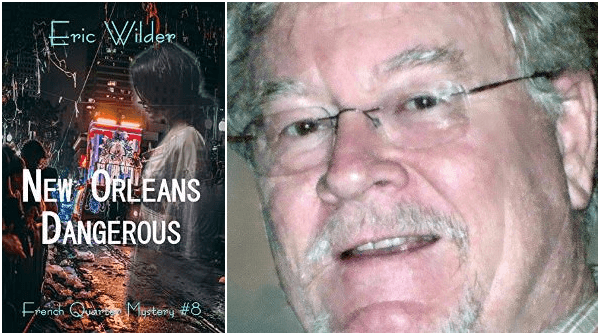 Some say vampires came to America through New Orleans. Many believe they are still there.

When French Quarter private investigator Wyatt Thomas is hired by the Greater Archdiocese of New Orleans to investigate a possible satanic ceremony that may have occurred at the Old Ursuline Convent, he soon learns that more is involved than Satan, The platform where the ceremony allegedly occurred is possibly a satanic altar placed in the convent by a secret society for the specific purpose of devil worship. The Order of the Blood, an offshoot of Freemasonry, has a centuries-old secret guarded by codes, old French ciphers and a web of deceit.

The bizarre case takes Wyatt to a vampire club in the French Quarter, the home of a real vampire, and leads to a magical encounter with a beautiful ghost who resides in the convent. Clues lead back to the reign of France’s Louis XIV, the Sun King. Was Louis XIV responsible for bringing vampires to France from Bavaria in a quest for immortality? Was his grandson, Louis, Le Petit Dauphin, the first French vampire. Wyatt must learn the answers and do so quickly, or have his bones end up in a musty coffin on the forbidden third floor of the Old Ursuline Convent.