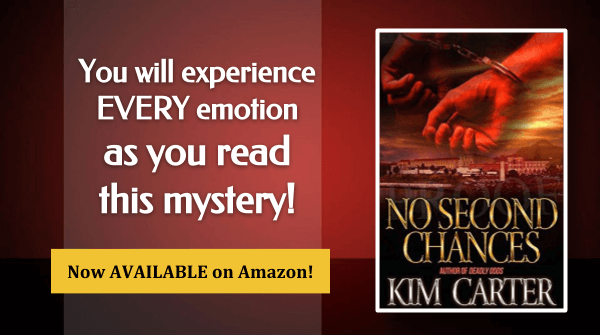 Falling from a life of wealth and substance, to inside one of America’s most notorious prisons, prominent orthopedic surgeon Phil Sawyer is incarcerated for the voluntary manslaughter of his wife. While confined, he finds himself on the trail of a serial killer that infiltrates the walls of San Quentin. After finding himself in the infirmary for getting involved in an incident that didn’t concern him, Phil struggles with the decision to stick his neck out. But he can’t ignore the rise in suspicious deaths among the African American inmates. With the aid of an empathetic nurse and help from the outside, he tries to identify the unexplained cause of their cardiac arrests. He finds himself out on early release and heads to Solomon Cove, a peaceful town in Maine. But, could the tranquil town all be a façade, or has the serial killer made their way across the country to seek revenge?
From wealthy Los Angeles, to the justice in San Quentin, and the serene landscapes of Maine, you will applaud the friendships and hear the cry as you ride the roller coaster of emotions this story will bring.
Available on Amazon Barnes & Noble Goodreads

“WHAT A FABULOUS AND INCREDIBLE WRITTEN BOOK!!”

OMG!!!, WHAT A FABULOUS AND INCREDIBLE WRITTEN BOOK!!!! FREAKING LOVED THIS!!!!

Fyi: This is a long review, I just couldnt stop, lol.

The story may been about a murder and follows the man that did it… But…..
Its so much more than that, so much more.
It’s about how you choose to live when granted a second chance. It’s about how money and power can’t equal whats free in life and friendships that are so remarkable and real.
I don’t exactly know how to explain it, You’ll feel like your living it, you’ll find a character you can relate to, Or find you picturing your own friends in it. It’s truely a book that draws you in to it. You can feel the plot thicken as you read it. Awesome!

This author writes in such a fascinating way, describing in detail what all the characters thought and felt but doing it in such a way it’s not overbearing but so smootly described it was fullfilling and made the story so realistic.

Come read about a murder and the murderer, his journey from riches to prison to back in society. Meet Phil, this is his journey., then there’s Charlie and Janet, Arthur, Lara, Lilly, Pops, Jenny, Ruthanne, Joesph a litte town and so much more.

I have voluntarily read and reviewed a copy of this book by it’s auhor. Reviewer for Nook Books and More Blog.