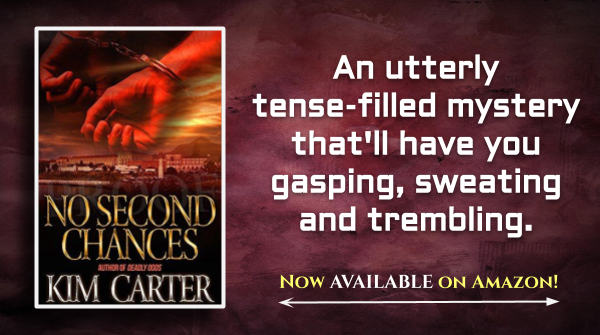 Falling from a life of wealth and substance, to inside one of America’s most notorious prisons, prominent orthopedic surgeon Phil Sawyer is incarcerated for the voluntary manslaughter of his wife. While confined, he finds himself on the trail of a serial killer that infiltrates the walls of San Quentin. After finding himself in the infirmary for getting involved in an incident that didn’t concern him, Phil struggles with the decision to stick his neck out. But he can’t ignore the rise in suspicious deaths among the African American inmates. With the aid of an empathetic nurse and help from the outside, he tries to identify the unexplained cause of their cardiac arrests. He finds himself out on early release and heads to Solomon Cove, a peaceful town in Maine. But, could the tranquil town all be a façade, or has the serial killer made their way across the country to seek revenge?
From wealthy Los Angeles, to the justice in San Quentin, and the serene landscapes of Maine, you will applaud the friendships and hear the cry as you ride the roller coaster of emotions this story will bring.
Available on Amazon Barnes & Noble Goodreads

“Another reader-pleaser. An utterly tense-filled mystery that’ll have you gasping, sweating and trembling.”


Another reader-pleaser. An utterly tense-filled mystery that’ll have you gasping, sweating and trembling.

So, on to the plot. We have Phil Sawyer, a successful orthopedic surgeon who is incarcerated for the voluntary manslaughter of his wife. He falls from a rich life to one of poverty, relocating to the slums of San Quentin. During his downfall, Phil meets a great man who teaches him what life is really about. What really matters. This somehow leads them on the trail of a dangerous individual! Truly a thrilling mystery with tonnes of breathlessness and suspense. There is particularly great character work in this one! We grow to love the protagonist.

‘No Second Chances’ takes you on a ride of emotions. After an unfortunate event, Phil finds himself in a difficult position. You really feel for Phil. I hear you thinking, why would we feel for him? But when you read the book and understand the complexities of the story, you will be siding with him. He falls from the very top to the gutters of the bottom, having to bring himself back up. That in itself shows character and determination. We can all put ourselves in that position as most of us have experienced stress and loss in our lives, and had to pick ourselves up.

Just when things start to go well for Phil, something very odd starts to happen in his new town of residence. Using his contacts, Phil delves deeper into a mystery he wishes he had never uncovered. Then, when someone he cares about is at risk, Phil decides he has no choice but to get involved.

If you are craving a book that you just can’t put down, this is it! As the plot thickens and mystery envelopes, the tale only becomes more addicting. From the very first page you’ll struggle to stop reading, but as the story goes on, you won’t be able to stop. A little tip? Make sure you don’t have too many projects, because you won’t want to do anything in your free-time except read this. It will consume your thoughts; you will crave it like a drug addict craves cocaine.

I have to be honest, this is the third book I have read of Kim’s, and each is incredible and explores different themes and issues. She delves into various careers, plots, sub-plots and locations. The only running theme is mystery, suspense, and of course remarkable writing; they come as standard. So do yourself a favour, and treat yourself to ‘No Second Chances’.

Dear Reader, author’s recently published book “No Second Chances (Kindle Sale $2.99) by Kim Carter” is now available on leading bookstores, get your copy now and help the author by writing a review of the book.
Available on leading Bookstores