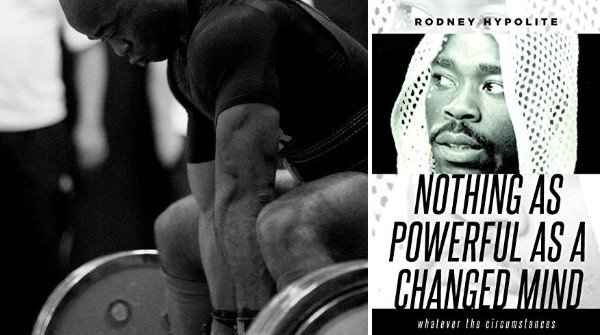 RODNEY HYPOLITE sentence started the day he arrived in the UK.
He was born in London and raised in the Commonwealth of Dominica.
From the tender age of 8 he had dreams and goals to be successful.
Yet all around him the world was drinking, fighting and wheeling and
dealing. To survive, he too had to fight and join gangs which led to
trouble with
Individuals and the Police.
Physically abused by his mother,
Suspended from schools.
placed into local authority care homes, fostered and raised by a white family.
But Rodney was still heading into a career of violence. By the age of 13 -14 years old he was a
hardened villain, running errands for the adult drug dealers In his neighborhood and.fighting
on a regular basis, if it was not with different gangs it was football hooliganism.
Eventually been arrested for attempted-murder, his sentence was 12 years and he had just
turned 16 years old.
The brutal, degrading eternity of an amputated spirit….. Rodney realized There is no prosthetics
for this as he spent time in the prison of Brixton, Aylesbury, Winston Green, and Wandsworth.
Thankfully Rodney was able to turn his life around inside the prison walls by becoming the
“FIRST Prisoner to represent Great Britain while serving a sentence…..
“NOTHING AS POWERFUL AS A CHANGED MIND” is a searing indictment of a society
that uses prison bars and brutality to destroy a man’s humanity and at the same time an
outstanding testament to one man’s ability to survive, and to find a new life, a new creativity,
and a new alternative.
Today Rodney is a successful social entrepreneur who now focuses on his one passion
“Trading for a living,” He spends 6 to 12 months in various countries, and is mentor to several
individuals around the world talking to them and coaching them in his chosen field.
He is a strong believer based on his own experience that –
“NOTHING IS IMPOSSIBLE”.
And
“THE INDIVIDUALS WHO SAY THEY CAN, AND THE INDIVIDUALS WHO SAY THEY CANT ARE BOTH
USUALLY RIGHT.”
He is the embodiment of second chances, and this is his story.