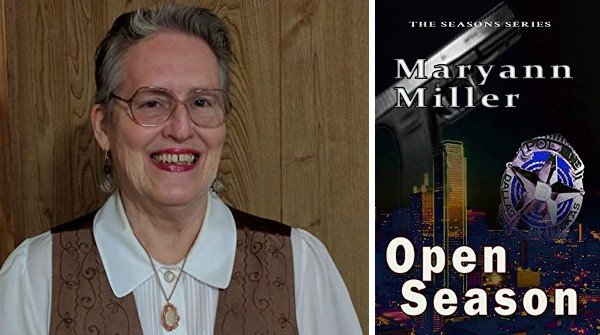 Book One of the critically-acclaimed Seasons Mystery Series

Open Season – considered by some readers as “Lethal Weapon” set in Dallas with female leads – introduces two women homicide detectives, Sarah Kingsly and Angel Johnson. Amid racial tensions and the deadly-force controversy sweeping the city, they are unlikely and unwilling partners.

The Dallas Review Board wants Sarah’s badge after she shot a young black boy when an undercover drug operation went south, and her partner was killed. Angel is under pressure from her family to refuse to work with “this white, honkey bitch.”

Their first case, dubbed the Mall Murders, begins with the death of a maintenance worker at an upscale shopping mall, followed closely by the murder of a security guard at another mall. The final murder victim is a young window dresser whose body is left like a mannequin behind the glass of an exclusive boutique at the Galleria Mall.

In this police procedural mystery, the women follow the trail of a killer until it comes close to home, and they have to decide if they can be partners or not.

About the Author: Maryann Miller

Maryann Miller, an award-winning author, has been in love with story-telling since she was a child and used to scare her sister with stories of the monsters in the cellar. Those tales were never written down. They were always whispered in the dark, and when Maryann started writing stories, they were different types entirely.

As a young child, she didn’t consider that she would grow up to be a writer. She fancied herself quite the singer and thought she would someday sing in front of crowds of thousands. Alas, that proved to be more dream than reality.

At another point in her childhood, she dreamed of being an actress, but it took many years before she was brave enough to give it a try. For fifteen years she was the Theatre Directer at the Winnsboro Center for the Arts where she directed shows for some time before getting brave enough to step on stage. It appears she was more suited to acting than singing, and she has since starred in several productions at various community theatres in East Texas.

A diverse writer of columns, feature stores, short fiction, novels, screenplays and stage plays, Maryann has won numerous awards including being a semi-finalist at the Sundance Institute for her screenplay, A Question Of Honor. She has also received the Page Edwards Short Story Award and the 2015 Best Mystery award for Doubletake.

Miller lives in a small town in NE Texas with one dog, and four cats. The cats rule! She has been writing all her life and plans to die at her computer.