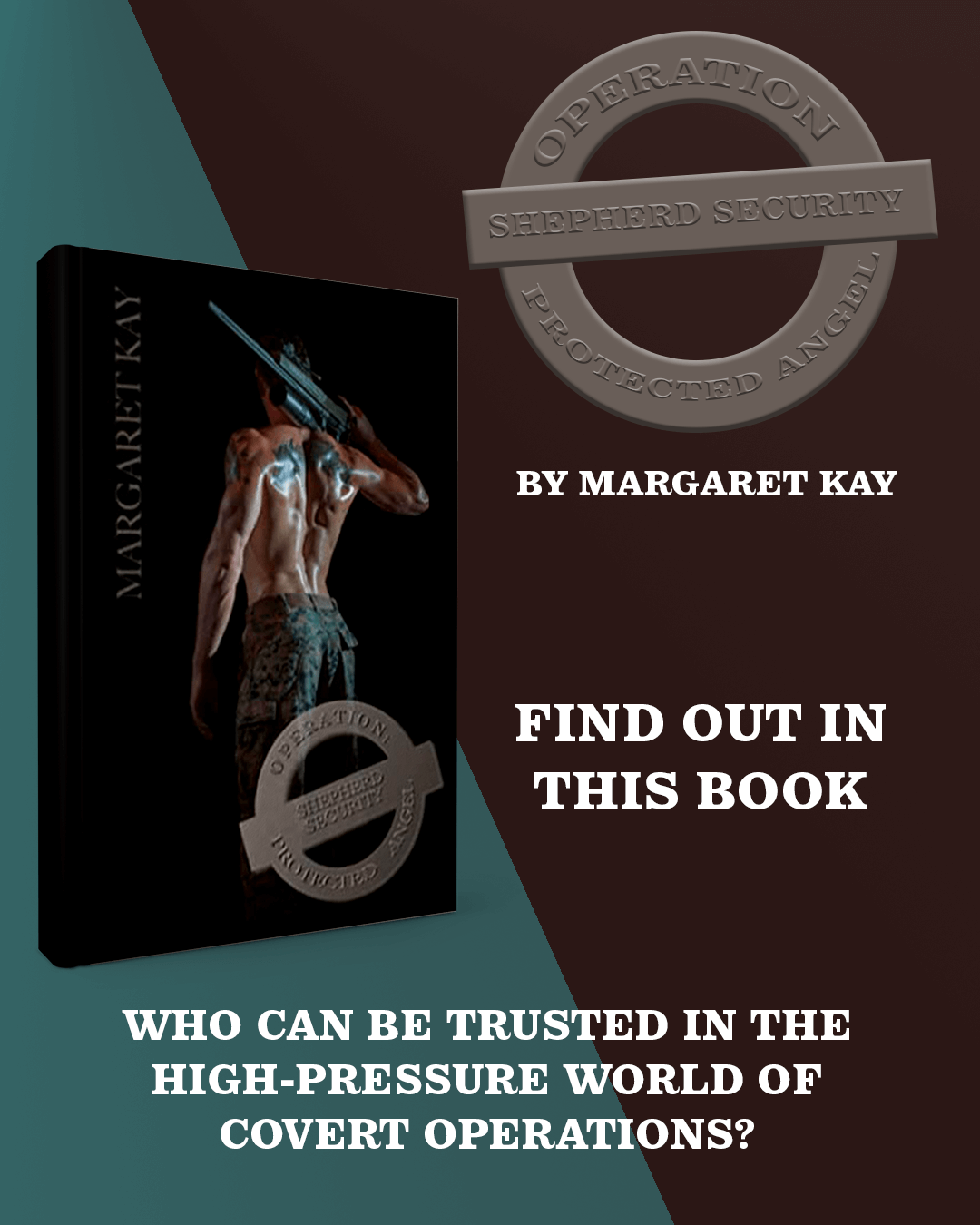 Angel Matthew’s day started like any other…until she ran into the armed man in the hallway at work. What came next was a blur, a hostage ordeal, a terrorist attack, explosions and gunfire, a fight for her life. Then she wakes with a head injury and finds herself in the custody of a group of armed men, who won’t disclose exactly who they are. One of them, the attractive and attentive Jackson is kind and Angel finds herself trusting him, falling for him.

Shepherd Security recruits only the best. They can protect someone in trouble like no other because they work in the shadows, invisible, and outside the system where the rules don’t apply–just the oath they took. They don’t exist. That’s also why they can break any suspect and can get answers out of anyone accused. That’s when they’re called in, when someone must be protected at all costs, or when answers must be obtained, by any means necessary. Sometimes it’s not clear, though, is the person in their custody a witness or the perpetrator, a friendly or a foe, innocent or guilty as sin? Angel Matthews fits into this category–where exactly needs to be determined.

Warning, this story is realistic, with adult language and content. It does contain one scene of violence and abuse, followed by healing and strength on the way to the HEA.

About the Author: Margaret Kay

Check out this video of the Shepherd Security Team in action: https://youtu.be/6LTAxr70_MM

Margaret Kay is a wife, a mother of two adult children, a grandmother, a pet lover who makes her own dog food from scratch, and a writer of Military Romance Novels.

Margaret’s husband proudly served 8 years in the United States Navy. She’s a veteran of more than a few deployments as the spouse who took care of the family while her military member served halfway around the world.

You can connect with Margaret on her website to see the covers for the next books in the Shepherd Security Series, sign up to receive her newsletter to get inside info about the characters and plots on coming books, and read her blog posts to get to know her better at: