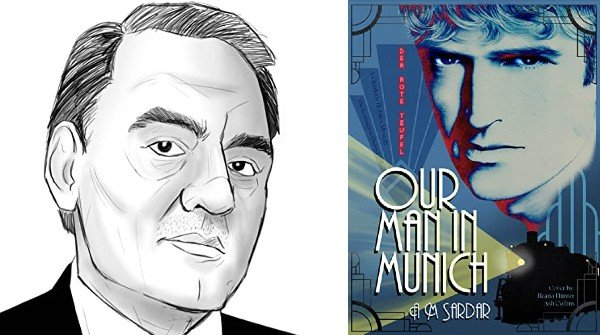 The Kensington Quartet (2 of 4); Four Charlotte Holmes mysteries set in Europe during the Great War.

MUNICH, GERMANY, 1914.
Charlotte Holmes, a brilliant polymath, and her former companion Dr Watan, an Indian doctor, are reconciled and engage in their most complex and daunting case.

Europe, the Summer of 1914: In the shadow of a looming conflict, Charlotte and her brother Branwell, together with their families, undertake the Grand Bavarian tour.

Unbeknownst to her, Branwell is on a secret mission for the British Foreign Office to find and expatriate a British industrial spy. However, complications arise when the German secret police track down the spy and Branwell is forced to enlist the help of his wife Becky.

Fear grips Europe as high-ranking officials are assassinated, attacked by a mysterious wolf-like creature, and the perplexed authorities turn to Charlotte and Watan to help solve the mystery.

Our heroes cross swords with a new adversary, a brilliant scientist engaged in human experiments designed to create a superweapon for the coming war.

A baffling case hides a deadly secret, the corruption of innocent at the expense of their sanity; can Charlotte survive her most perplexing case?