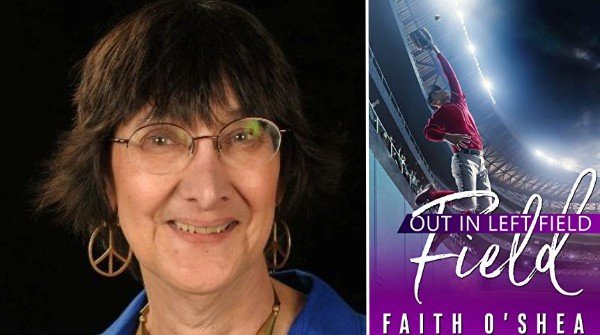 Casey Calipari is back in the spectator stands, filling a seat in the groupie section she thought she’d vacated years ago. Her father, a Hall of Famer, has recently been handed the reins as manager to the Boston Greenliners baseball team, and he’s asked her to accompany him to spring training. There’s a very big drawback to the deal, one she’s not sure she’s ready for. Her childhood sweetheart is the new left fielder. That he broke her heart their senior year in high school is only the tip of the iceberg.

Sebastian Layden has finally gotten his shot at the big leagues but he wonders what it’s going to cost him in terms of emotional baggage. His manager is his ex-girlfriend’s father and the man hasn’t been civil with him since he left for college. Seb’s not sure what he’s facing as he heads to spring training, but he’s preparing for every possible outcome, from play to trade.

Or so he thinks.

What he didn’t count on was the old magic casting its spell. Casey is not the girl he left behind but so much more. When someone new arrives on the playing field, he knows he has to make all the right moves, unwilling to strike out when there’s such an important game on the line. Will he be able to prove he has what it takes to commit to a future or will he be left out in left field?